The official trailer of Venkatapuram has been launched today by Allu Aravind. Speaking about the trailer there is only one word to define it, Terrific! Looking at it, we can understand that the story is based on a true life incident. The way the director has handled the movie can be seen in the trailer and it is just amazing. This one trailer is enough to pull the audiences in a large number to the theatre. The movie will release soon. 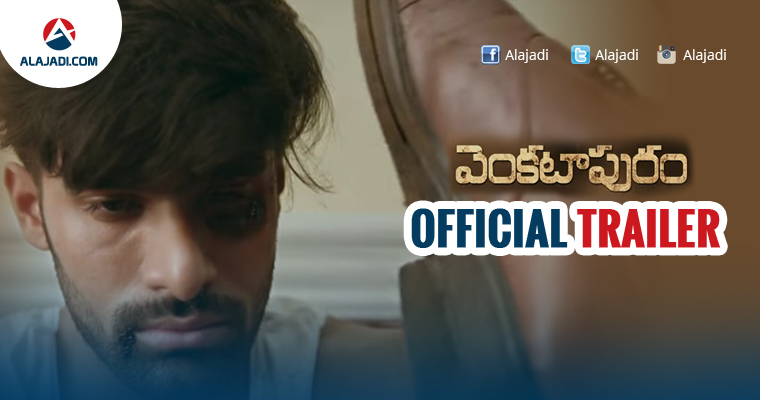 Starring Rahul aka Tyson, of Happy Days fame, and Mahima Makwana as his love interest, the film’s first look, and second look posters were impressive and drew curiosity. Now the trailer had made the audience’s curiosity to reach the peaks. Rahul is pinning high hopes on the film and is confident that he would be back in the limelight after the film’s release. Directed by new comer Venu Madikanti, Achu has composed the music for the film. Director Venu Madikanti has an interesting murder mystery to tell, going by the trailer.  From a cop who will go to any extent to solve the mystery to another cop (played by Ajay) who seems to have an ulterior motive, from a male lead who looks innocuous (on the surface) to a heroine who wants a one-day boy friend, the story has all the trappings of a pot boiler, we hope.