Mega prince Varun Tej & Sai Pallavi’s much-awaited flick Fidaa is releasing worldwide on July 21st, 2017. It is released a maximum number of screens in the Telugu States, other parts of Country. Right from the first look posters to the teaser, ‘Fidaa’ created interest in movie lovers. As this is a love story from Sekhar Kammula after a long time, the expectations were high over this film. But the theatrical trailer of this film created mixed feelings.  Now let’s see how the movie will be: 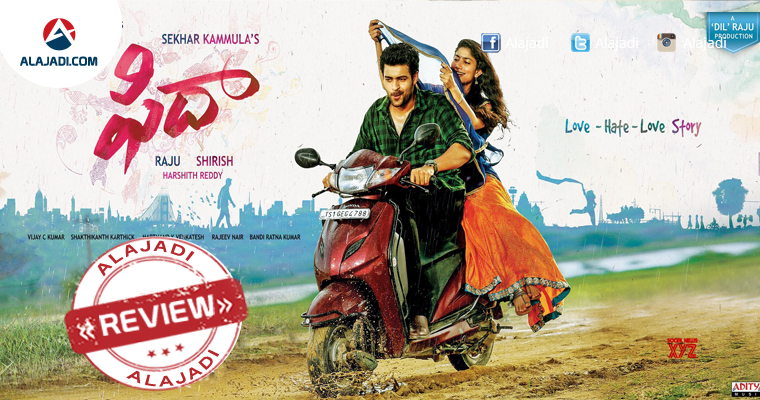 Varun is an NRI residing in the US with his family. They visit India to find a suitable girl for Varun’s brother. Bhanumati (Sai Pallavi) and her family are then introduced and a match is finalised between Varun’s brother and Bhanumati’s sister. Marriage arrangements take place and slowly a friendship develops between the lead characters. Bhanu starts to develop feelings for Varun and a romance builds. The movie is a little monotonous here, but the romance is going on.

Misunderstandings begin to build between Varun and Bhanu and things get heated up after which Varun returns to US with his brother and the brother’s wife. After this, actor Harsh Vardhan is introduced and he falls for Bhanu at first sight and proposes to her. Varun on the other hand, trying to win her love, proposes to her but she rejects his proposal, leaving Varun heartbroken. After this, the distance between both these actors keeps increasing and misunderstandings get worse. This leads to a conflict between the two of them but eventually, they sort it out and after a very emotional scene, the movie ends on a happy note!

A must watch film. Those who loves village locales will surely fall in love with the film. Kudos to Sai Pallavi for portraying as an exact Telangana girl. Fidaa is a good movie, a fun filled family entertainer with a simple and easy story that makes you leave with a good feeling. Both Varun Tej and Sai Pallavi have done a good job. It is a family entertainer considering all the jokes and punch dialogues. The first half is very entertaining whereas the second half becomes a little emotional. This movie captures the pure Telangana essence. It is a simple, heartwarming story based on emotional bonds between family members and relations filled with love. Sekhar Kammula did a very good job introducing the character of Bhanu and her family.

Varun Tej: He has delivered good performance in Fidaa and he impresses the viewers as an NRI.

Sai Pallavi: Who appears as a village belle, has good scope for acting and she has lived up to her role. She wins hearts with her Telangana accent.

Dil Raju has always been associated with some very good films in the past and once again, he is now back with a romantic entertainer called Fidaa. What’s more interesting is that the project is handled by the talented Shekhar Kammula who is a pro at making romantic dramas.  The film’s music is composed by Shakthi Kanth, whereas Cinematography Vijay C. Kumar and Edited by Marthand K Venkatesh. Recently, Film has completed its censor formalities and received ‘U’.