A student of Delhi Technological University (DTU) has received a job offer with an annual salary of Rs.1.25 crore from United States-based cab-hailing company Uber Technologies. His name is Sidharth. This is the second-highest offer received by a student at DTU ever. In 2015, software giant Google hired a student for an annual salary of Rs.1.27 crore. He has been offered the position of a software engineer at the San Francisco office of Uber. 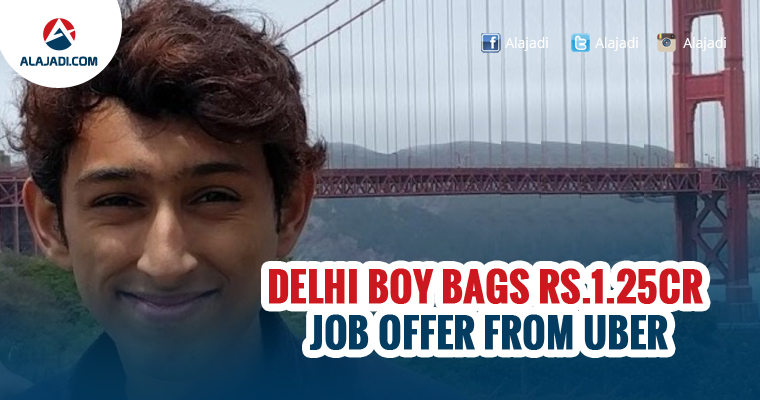 Sidharth’s basic pay package is Rs 71 lakh, which goes up to Rs 1.25 crore with other benefits. It was a delight to have received the job offer and I am now looking forward to moving to San Francisco, said Sidharth, an alumnus of Delhi Public School, Vasant Kunj.  He described the recruitment process as grilling, where he had to solve problems on the spot.

He had actually done a seven-week internship with Uber earlier. So this is a pre-placement offer that I have received. Along with me, I think there is someone from one of the IITs. He is the eldest son in the family, Sidharth had scored 95.4% in his Class 12 board examinations, with 98 out of 100 in computer science and mathematics. He says his percentage dipped because of a low score in English.

He later cleared the Joint Entrance Examination (JEE) Main and landed a seat at DTU– formerly known as Delhi College of Engineering. From the beginning, I wanted to do computer science engineering and with my score I was not getting the subject at any of the IITs. Moreover, I love Delhi and did not want to move from here, he said. He is the first engineer of the family. His father is a planning consultant and mother a freelance transcriber. He has a younger brother who also studies at DPS Vasant Kunj. And also he love playing video games, FIFA series, football and he also manage to play the guitar, though I sing terribly.