Super Star Mahesh Babu is busy shooting for the yet untitled movie in A R Muragadoss direction. Makers are looking to give an interesting title to this action thriller. AR Muragadoss is directing the film. The film is produced by Tagore Madhu and N V Prasad. Rakul Preet Singh is playing the female lead. The makers are busy finalizing the title for the movie. 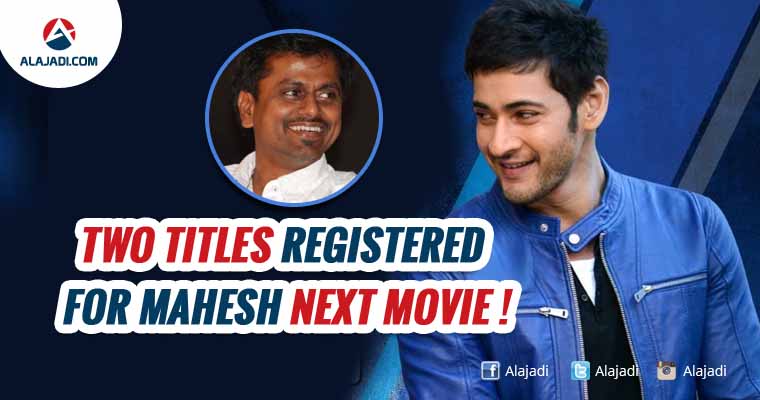 According to the latest news, the makers have registered two titles in the film Chamber. One title is Agent Siva and the other one is Abhimanyu. The official announcement regarding the title of the movie is expected on the occasion of Diwali. It is the first time when Mahesh is collaborating with ARM and the movie will marks the Tamil debut of the Telugu Superstar. The cinematography is handled by Santhosh Sivan and music by Harris Jayaraj.

In this movie Mahesh will be seen as a Powerful officer. The Makers are planning to release the Teaser of this movie on Diwali. So all the confusions regarding the title of Mahesh’s Next Movie will be lifted up by 30th October. So we need to wait one more week for the official confirmation regarding the title of Mahesh’s Next. The next schedule of shooting for the movie is set at Ahmedabad and it will be a month long one.

Zee Network is the front runner to grab a deal for the audio and satellite rights all together for 26 crores which is really very huge. Also, the TV network has plans to grab the satellite rights of the film in other languages as well.