TSRTC To Roll Out Free Wi-Fi In AC Buses

Telangana State Road Transport Corporation (TSRTC) has decided to provide Wi-Fi facility in its 115 a/c buses being operated in the GHMC limits. TSRTC executive director A Purushottam Naik said, “Free Wi-Fi will be provided for half an hour and the facility will be extended to the remaining high-end AC buses in the city in the next phase. 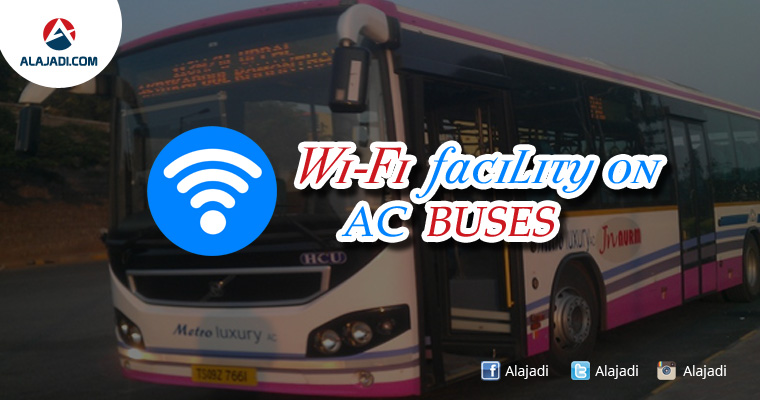 Already, free Wi-Fi services are being provided at Patancheru, Koti and ECIL bus stations. Another step to increase the patronage, the corporation has decided to increase the validity ‘Travel as You Like’ (TAY) ticket from present 12 hours to 24 hours. There has been a slump in the sale of TAY tickets compared to previous years. Last year, 25 lakh tickets were sold but this year there has been a decrease by 7 lakh tickets.

The corporation has taken up a study and interaction with passengers to introduce buses on new routes. Based on the feedback, buses would be planned on new routes like 118 KM Kachiguda to Darga, 5RG from Risalabazar to Gachibowli and 17HN/290 Kushaiguda to NGOs Colony.