Times Most Desirable : Mahesh Only South Star in Top 10

Here comes an exciting news for Mahesh fans! Tollywood Superstar holds 7th place in among 50 most desirable men. The online poll was conducted for the Times 50 Most Desirable Men 2016 and the received votes from all over the India. This poll is being conducted every year and this time, Mr World 2016 is Rohit Khandelwal from Hyderabad. Surprisingly, Tollywood Superstar Mahesh Babu grabbed 7th place in the in the Times 50 Most Desirable Men 2016 list. Mahesh has millions of fan following, especially girls are crazy about his looks. There is no doubt in saying that Mahesh Babu is one of the most handsome and charming actor. 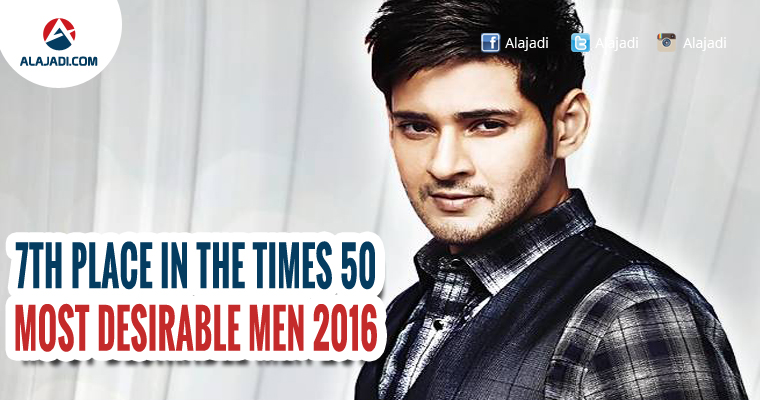 In 2015 list, Mahesh ranked 6th and in 2016 list, he acquired 7th place after the star actors like Rohit Khandelwal, Virat Kohli, Hrithik Roshan, Ranveer Singh, Fawad Khan and Siddharth Malhotra. Really, Mahesh is the most desirable man in Tollywood who attracts everyone with his look. Fans of Mahesh are very excited with the news and the other Tollywood stars who found a place in the list are Prabhas grabbed 22nd rank, Rana Daggubati is at 24th place and Harshavardhan Rane at 32. On the work front, Superstar is all set to entertain with his forthcoming film ‘Spyder’ which is expected to hit the screens in September.

Only Mahesh, Prabhas and Rana are the three Telugu actors who surfaced among the list of 50 Most Desirable Men while others have lost. Dhanush is the only Tamil star in the list while the names of actors Surya, Vijay, Ajith have been missing. Naturally, this hasn’t gone down well with fans of the stars who expressed their dissent on social media.