Young Tiger NTR finally signed his next in the direction of Bobby and the movie marks his 27th film in his career. Following the blockbuster success of Janatha Garage, NTR waited some time to  signed on Sardaar’s director Bobby for his next movie. In the film, NTR will be seen in the different roles and apparently, this was the factor that exited NTR to sign the movie. 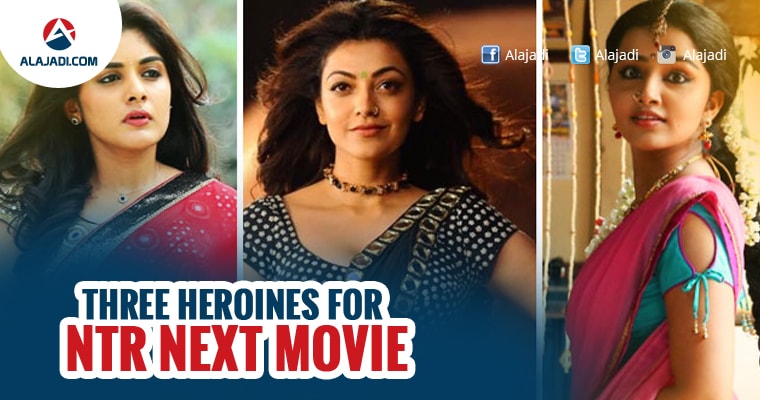 Now, the latest buzz in town is that NTR will be romancing the gorgeous Kajal Aggarwal and the happening young Malayali beauties Anupama Parameswaran and Nivetha Thomas in this movie. NTR and Kajal had earlier romanced on-screen in Brindavanam and Temper and fans love the sizing chemistry between them. Also, NTR and Kajal share mutual admiration and it adds to their chemistry.

On the other hand, Anupama and Nivetha have started rising in Tollywood by signing plum projects opposite top stars. Both the actresses are quite good in the acting department too apart from their good looks. An official confirmation will follow soon and Tamil music composer Anirudh is in talks to compose the music. Tarak who has been in search for innovative scripts is quite excited for the film. The regular shoot of the film will start rolling from January 2017 and the movie will release during the second half of the year.