The long wait for the theatrical trailer of Khaidi No 150 has come to an end. The trailer of Khaidi No 150 was released at the pre-release event organised at Vijayawada on January 7th, 2017. The video hit a landmark 1 million views in just 4 hours since its release and counting. Featuring Mega Staring all his glory, the trailer has him in dramatic entries, dancing with Ratthalu, fighting for the farmers, romancing Kajal and of course beating up goons. 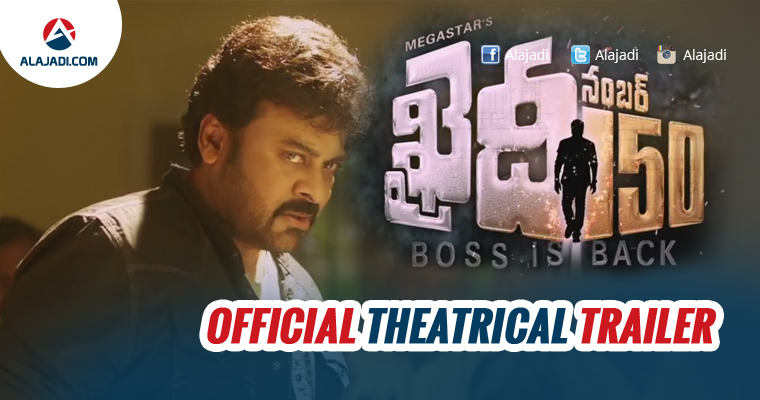 VV Vinayak has packaged the movie so well with all the ingredients one expects from the Megastar. Chiru looks half of his actual age in the movie. Watching few shots, We could safely say that he hasn’t lost his touch when it comes to dances and fights. Pairing of Chiru & Kajal Agarwal looked too good. Apart from Entertainment, A serious issue related to Farmers has been discussed in Khaidi No.150. This social issue will be the backbone of the movie.

Dialogues in the Promo: