Tollywood Popular Comedian Saptagiri is making his debut as hero. Interestingly, his hero debut film has been titled Saptagiri Express. Saptagiri Express is directed by Arun Pawar and produced by Dr Ravi Kirane.The Saptagiri Express Audio Launch is going to occur excellently in Hyderabad on 6th November which will witness PK releasing the music. 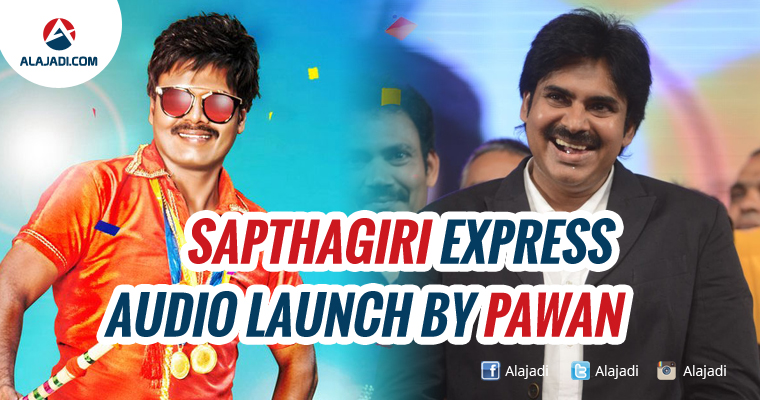 New Actress roshini prakash is the female lead in the movie and new comer vijay bulganin is composing the music. Top technicians from South Indian cinema joined hands for Sapthagiri Express which is produced by Dr. Ravikirane of Master’s Homepathy under Sai celluloid cinematic creations banner.

Comedian Sapthagiri is playing the lead role in this comic entertainer. Makers have revealed that their film was shot in Hyderabad, Poland, and Germany and that they are confident of Sapthagiri’s debut hero character impressing the movie lovers. However, when Sharat Marrar requested them for the title, they happily obliged and rechristened their film as ‘Sapthagari Express’. Acknowledging their timely help, Pawan has given his nod to launch their film’s audio at an event to be held on 6th November in Hyderabad. Naturally, this will grab the attention of all his fans, media which in turn likely to help Saptagiri.