SS Rajamouli’s Gift To Prabhas On His Birthday

Baahubali, The Name Itself Makes Waves Not Just In India, Everywhere Throughout The Globe It Has Made Extraordinary Effect. “Baahubali-The Conclusion” Is Without A Doubt The Most Anticipated Film Of 2017, Everybody Searching For The Sequel Part And How Rajamouli Would Come Up. 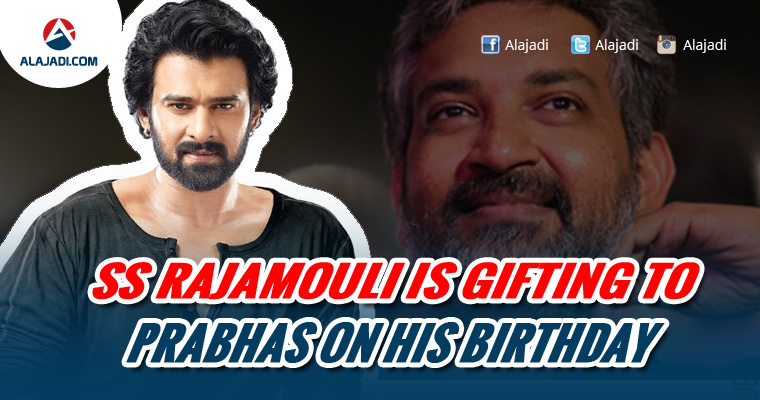 Prabhas, director Rajamouli’s Baahubali is currently under shoot in Ramoji Film City where the crucial scenes are being canned. It seems Rajamouli is planning to give a glimpse of Baahubali through the making video as a gift to Prabhas fans on the star hero’s Birthday on October 23. The foreseen mystery of Baahubali-2 Teaser will be released on 23rd October on Young Rebel Star Prabhas’ birthday. Rajamouli going to release first since forever investigate the making of Baahubali-2 devoted to Prabhas on the event of his birthday.

The Conclusion” is booked to be on 28th of April, 2017 release. Recently we have come across star heroes presenting gifts to their directors after the success of their movies. Earlier, Mahesh Babu offered a luxury car (Audi) to Koratala Siva after the hit of ‘Srimanthudu’ movie. Jr. NTR planning to give a Duplex-House to Koratala Siva after a huge success of Janatha Garage. But, Rajamouli is different. Instead, he is planning to gift his lovable hero Prabhas who is struggling very hard from past 3 years for Baahubali movie.