Shah Rukh Khan car accidentally hits photographer this incident happen on Wednesday, when Bollywood Baadshah Shah Rukh reached to His residence with Dear Zindagi co-star Alia Bhatt to wish actress on her 24th birthday celebrations. As expected, the actor reached to party place unfortunately a moob of media people rounded actors car to capture SRk but suddenly driver didn’t notice one of the photographers get hurt himself in the excitement to capture his favorite star. It so happened that Shah Rukh’s car driver heading towards Alia’s home when photographers noticed him and rushed to click his pictures. And Got injured during the process when Shah Rukh’s car ran over his leg. 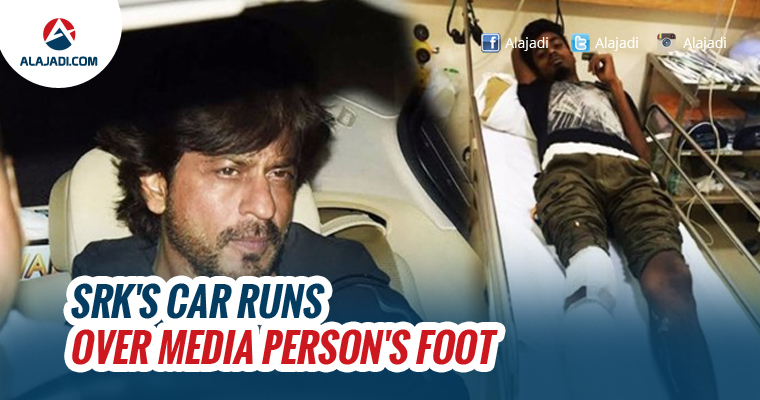 The Superstar noticed incident and stepped out of the car and asked the other press persons no need to worry and ensured that the photographer gets treated in time. Shah Rukh sent him to the Near By Hospital along with his bodyguard and also ensured that he gets treated by his personal doctor at the hospital.Quite a commendable gesture from the superstar.

On work front, the actor is busy shooting for his next Imtiaz Ali release featuring Anushka Sharma. Apart form this film, he will soon kick start the shooting for Aanand L Rai’s Dwarf, in which reportedly Deepika Padukone and Katrina Kaif is playing the role of his leading ladies. SRK was last seen in the movie Raees opposite Mahira Khan. The movie, which released on January 25th alongside Hrithik Roshan’s Kaabil fared well at the box office.