We have already reported that the Telangana Excise Department issued notices to 10 individuals from Tollywood who were found to be drug users. Irked by the continuous reports of the drug mafia being associated with the Telugu film industry, Movie Artists Association finally spoke out on Wednesday and gave a serious warning to the people involved with the drug mafia. 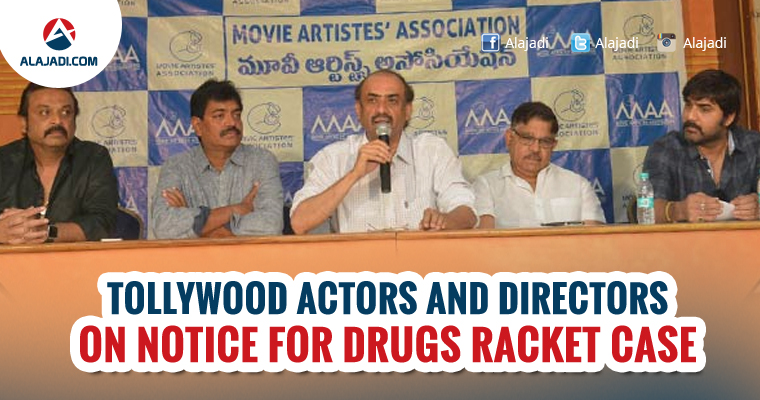 Among the 10 individuals, there is a Top director who is known for jet speed in making films, a young hero who has been scoring hit after hit by choosing different subjects (his last film was publicized to be based on the first-of-its-kind theme in Indian cinema), a hero who was part of an industry hit romantic entertainer in the early 2000s- he is gearing up to stage a comeback this year with the remake of a hit romantic drama, and another bearded-hero who made a promising debut five years ago and has been delivering only flops ever since.

Irony is that son of one of the Top Producers, who was in the press meet organized on Wednesday, is a huge drug addict. He has been caught earlier for taking drugs. Movie Artists Association President Sivaji Raja, Producers Suresh Babu and Allu Aravind, actors Srikanth and Naresh, and Paruchuri Venkateswara Rao addressed the press meet on Wednesday and gave an ultimatum to those who have been taking the drugs, to either refrain from the addiction or get ready to go to jail.