It was announced recently that the biopic of legendary actress Savitri is set to take shape as a feature film. ‘Mahanati’, the biopic of legendary actress Savitri, is getting bigger and better. Already, Keerthy Suresh and Samantha have been signed to play Savitri and Journalist who does research of the life of Film Personality respectively. Now, Makers have approached Anushka Shetty and Prakash Raj for two crucial roles. However, It’s too early to say if they signed the biopic or not. While the team is busy with the pre-production, a source in the know reveals, The film will chronicle the life of Savitri from the 1940s to 80s. The script will focus majorly on the relationship between Gemini Ganesan and Savitri. It is going to be a multi-starrer and the team has approached Prakash Raj and Anushka Shetty for important roles. 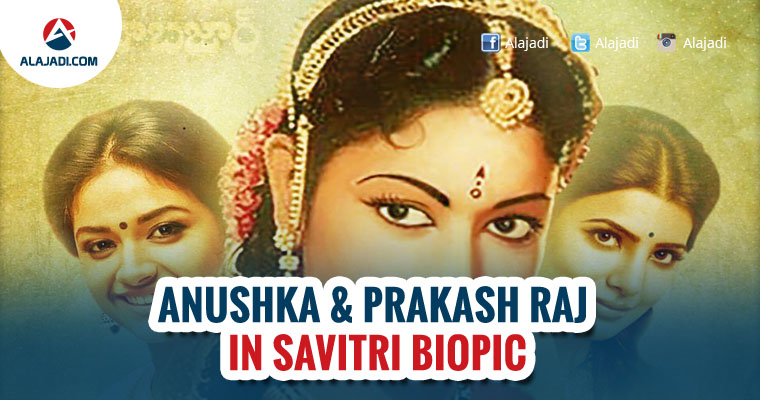 Touted to be a Telugu-Tamil Bilingual, ‘Mahanati’ will showcased the  love life and post marriage phase of Savitri and Gemini Ganesan. While Mayabazar, Devadasu and Narthanasala will be focus in Telugu version, Mayabazar and Missiamma starring Savitri & Gemini Ganesan will be focused in the Tamil version. Director Nag Ashwin of ‘Yevade Subrahmanyam’ fame wishes to make ‘Mahanati’ as the movie which chronicles the life of Savitri. The journey of the actress during the period between mid-40s and early 80s will be highlighted. Jointly produced by Vyjayanthi Movies and Swapna Cinemas, the first look poster of the film, was unveiled on March 8. Composer Mickey J Meyer will be scoring the tunes for the movie, and he has already started working on it.