The Supreme Court on Tuesday convicted AIADMK general secretary Sasikala in the Rs 66 crore disproportionate assets case. The apex court also sentenced Sasikala to a prison term of four years, and imposed a fine of Rs 10 crore. The AIADMK general secretary now cannot become the Chief Minister of Tamil Nadu, or contest elections for 10 years which includes the four years of prison term.Now that Sasikala has been convicted in the case and is expected to serve over 4 years in jail, it is likely that the caretaker Chief Minister O Panneerselvam will now be handed over the charge of the state. 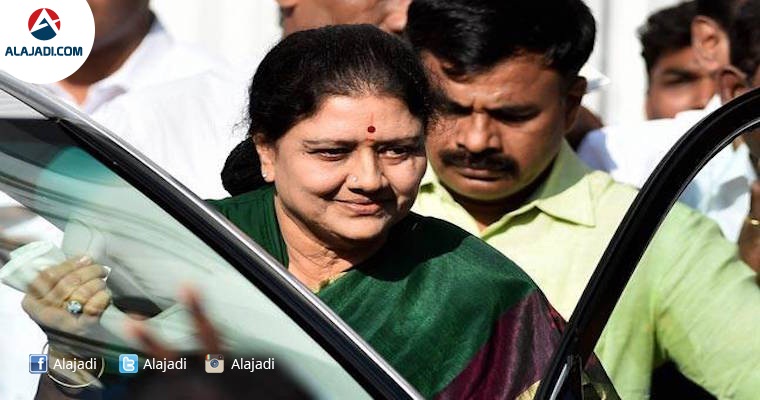 The apex court has asked Sasikala to surrender as soon as possible. As per the reports, the police have reached the Golden Bay Resort to arrest Sasikala. All the convicted persons have to serve the remaining part of the sentence, said Supreme Court while pronouncing its judgement against Sasikala. Sasikala will have to surrender herself forthwith. In the past whenever Amma was in crisis, I also suffered this time also I will take it upon me. Dharma will win, says VK Sasikala. The apex court has directed that Sasikala must serve over 3 years of her remaining prison term. A bench of Justices Pinaki Chandra Ghose and Amitav Roy, who had reserved the verdict on June 7, 2016, gave the verdict in the case on Tuesday. The matter escalated to the Supreme Court after the Karnataka High Court had on May 11, 2015 ruled that Jayalalithaa and Sasikala’s conviction by special court suffered from infirmity and was not sustainable in law, clearing decks for Jaya to return as Tamil Nadu Chief Minister.