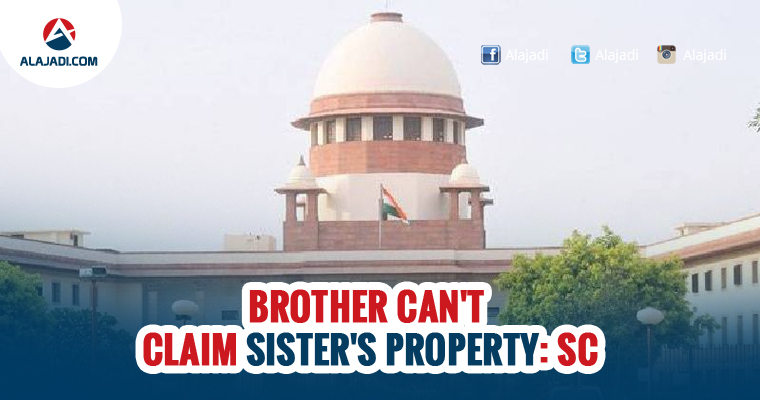 Section 15 clearly specifies that the property inherited from the husband and father-in-law would devolve upon the heirs of husband/father-in-law from whom she inherited the property, the bench of Justices Dipak Misra and R Banumathi said. The SC was hearing the appeal filed by a man challenging the March 2015 verdict of the Uttarakhand High Court holding him to be an unauthorized occupant in a property in Dehradun in which his deceased married sister was a tenant.

The property was hired to Hem Ram Sharma in 1940, but after his death, Sharma’s son Baldev got the tenancy rights. But after Baldev passed away, the property was rented out to Lalita (Baldev’s wife). Unfortunately, Lalita died in 2013 and that too without any will. Her brother Durga Prasad then sought tenancy rights claiming that he was part of the family and also a legal heir as he had been living with his sister and running a medical business with her. Since Durga Prasad does not fall under the category of heir of Lalita’s husband, the tenancy of the suit premises will not devolve on him (Durga Prasad) nor can he be called an heir. The Supreme Court also rejected Prasad’s argument which claim that he could inherit the tenancy right as he had been living with his sister.