Samantha Is Not Dumb In Ram Charan’s Next?

Mega actor Ram Charan and Samantha Ruth Prabhu’s starrer upcoming  much awaited movie RC11 is progressing at brisk pace under  the direction of  logic thinker Sukumar. It is known  that Charan will be seen a deaf person in the movie who is not completely deaf but a person who cannot hear to some extent. Samantha’s role in particular, created a lot of buzz in the T-Town. However, a recent clarification on this, has put an end to all speculations. 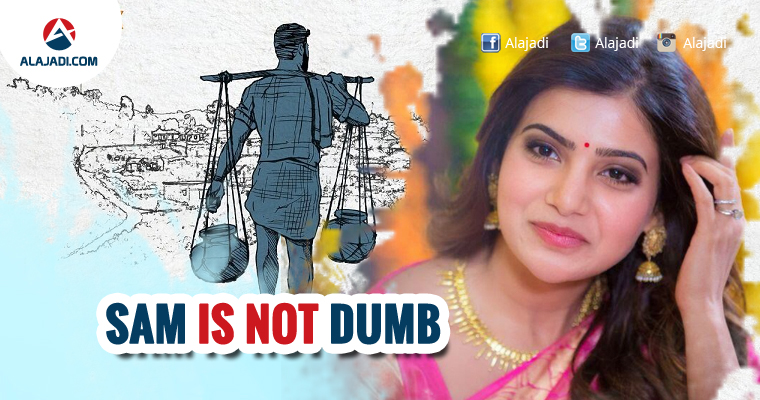 The makers are tight lipped and not ready to reveal much about Sam’s character as they want to surprise the audiences in theaters. Recently Sukumar canned a song on  lead pair and it is reportedly revealed by the team. The upcoming romantic entertainer is based on 1980’s  and it is expected that Sukumar’s magic will be visible once again. Ram Charan and Samantha are  trying something out of box. Besides this, the makers are sweating it out shooting the first schedule at Pudipalli Village. Indeed talented director Sukumar now coming with the commercial or arts movie, all are fulfilled with so many doubts. This is the first time the duo has teamed up for a movie. Makers are targeting Dasara release.  It sounds challenging to us. Are you excited?