Salman Khan’s most awaited Tubelight released in theatres on Friday, July 23rd. Tubelight is Salman’s this year’s Eid release for Actor Fans and Audience. Last year, Eid release was Sultan which is blockbuster and became the seventh highest grossing Indian film of all time. 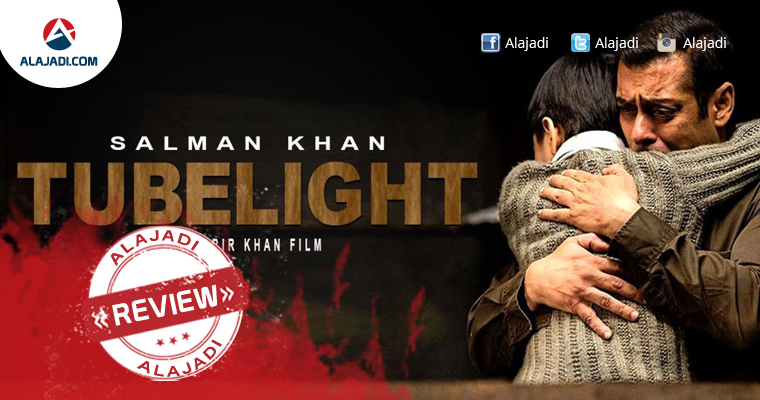 The film is set in 1962’s Sino-Indian war, Laxman Singh Bisht (Salman) is nicknamed tube light by his neighbors because he is feeble-minded. Despite being special, Laxman lives by one life-lesson; keep your faith alive and you can do almost anything, even stop a war.  His brother, Bharat, is fiercely protective of him and the two share a deep bond. Laxman’s world comes crashing down, when war breaks out and Bharat gets drafted into the Army. A helpless Bharat leaves a devastated Laxman behind. News from the border only worsens, as the tension continues to escalate. Seeing the carnage around him and worried for his brother, the simple – minded Laxman decides he must stop this conflict and get his brother back.

The best part about the movie was the bonding between Sohail and Salman. Kabir smartly paired up real-life brothers who are extremely close to each other on the screen. Their scenes together are so natural and refreshing that I hope to see them together in some road adventure movie.Late Om Puri has played the role of his uncle who teaches him of Mahatma Gandhi Ji’s principle of having faith in one’s belief. He friends up with a child named Guo (child actor Martin Rey Tangu) and his mother. Both are Indians but with Chinese background. Shah Rukh Khan plays a crucial role in the film in one scene with Salman but their scene together, which talks about magic, hardly felt magical to me.

Salman Khan: He puts up a nice performance but this is surely not one of his best. His chemistry with real life brother Sohail is endearing.

Sohail Khan: He pulls off an average performance. The lack of expressions on his face is noticeable.