SRM University in Chennai on Sunday conferred an honorary degree of doctor of literature on badminton player Saina Nehwal. In her speech, she says, “I am very honored to receive this honorary doctorate. My father will be very proud of me today because he is a scientist, and he always wanted me to be a doctor. My mom wanted me to be an Olympian.” 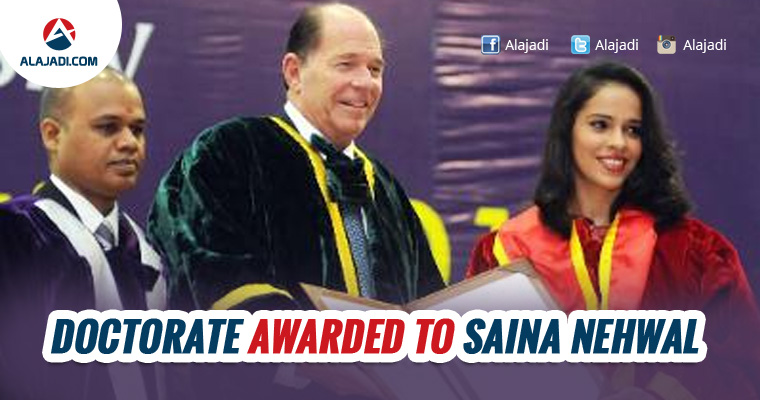 Nehwal, who represented India thrice in the Olympics, won a bronze medal at the 2012 London Olympics. And also she underwent a knee surgery in August, said she is fit to play again. She will resume training from Tuesday. Nehwal became the third sportsperson to be conferred the doctorate by SRM University, after cricketer Murali Vijay and shooter Abhinav Bindra.

Besides Nehwal, SRM University on Sunday bestowed an honorary doctorate on former chairman of the Law Commission of India Justice A R Lakshmanan.