Apple launched a Special Edition of its iPhone 7 and iPhone 7 Plus. The speciality of these premium mobiles would be the vibrant RED Color variant with Aluminium Finish. The red model will join Apple’s existing choice of colors, which includes silver, gold, rose gold, black and jet black. Apple has come with a new (RED) product to support HIV/AIDS programmes, and it’s none other than the latest iPhone 7 and iPhone 7 Plus dipped in a new red color, which is a long-standing symbol for Apple’s (RED) products. 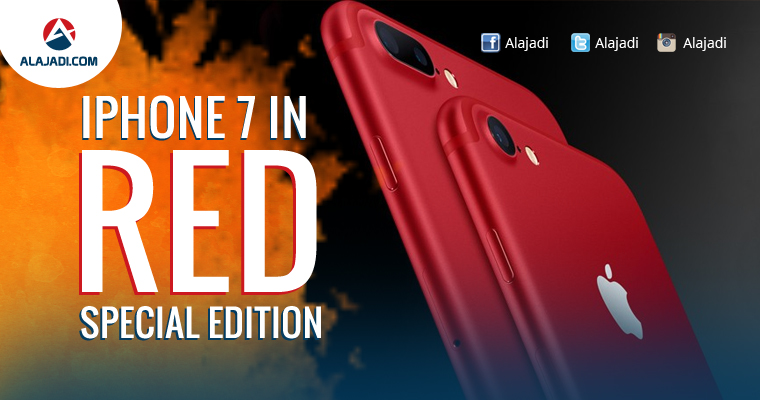 This Brand New iPhone 7 and 7 Plus (PRODUCT) RED are limited edition coming in two variants 128 GB and 256 GB storage options, like the Jet Black model. Apple is the largest corporate donor to the fund which is being used to fight AIDS. CEO Tim Cook claims his firm is working on RED since the past 10 years. He says customers using Apple Products have contributed to the fight against AIDS.

This New Red iPhone’s available online and also From Stores in more than 40 countries and regions starting Friday, March 24. Buyers in India, too, can expect the phones to be available for purchase in the country. Apple confirmed that the red iPhone 7 and iPhone 7 Plus will start at Rs 82,000 in India.Apple has also doubled the storage capacities on the two iPhone SE variants from 16 GB and 64 GB, to 32 GB and 128 GB respectively while retaining their price tags in the US, with prices starting at Rs. 27,200 (MRP). Interestingly, this comes during a time that 16 GB and 64 GB iPhone SE models are being sold at a discount in India.