PV Sindhu To Be Appointed As CRPF Brand Ambassador 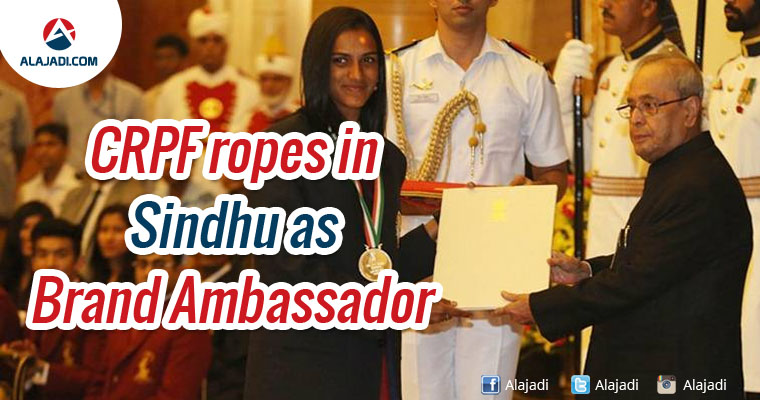 In Central Reserve Police Force a Commandant rank is equal to the position of Super Intended of Police and such an officer commands a battalion of about 1,000 personnel, when they posted in field operations. Now, Sindhu will be honored and presented the rank badges and camouflage combat fatigues of the Central Reserve Police Force at a ceremonial event. This is a symbolic representation, with no salary or fee being given to the sports star.

About 3-lakh personnel strong force, mainstay for Anti-Naxal operations and various internal security duty tasks in the country, chose Sindhu for the honor as her appointment will not only to motivate the personnel to do better but will also send the message of women empowerment and that they are second to none.

The Central Reserve Police Force also has to credit of raising the first all-women battalion in a central paramilitary or a police force way back in 1987 and at present has four such contingents, with three in active duties.