The Telangana government allotted a 1,000 square-yard plot to badminton star and 2016 Rio Olympics silver medallist PV Sindhu in Hyderabad on Thursday. Chief Minister K. Chandrasekhar Rao handed over the order of allotment of land to the two-time World Championships medallist at Pragati Bhavan, the CM’s official residence. Following her Olympic medal, the Telangana government had presented her a cash reward of Rs 5 crore and announced the allotment of a residential plot in Hyderabad. 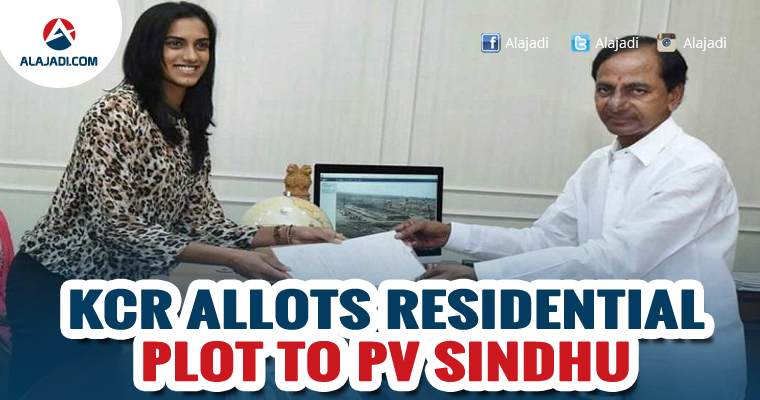 Sindhu is expected to be appointed a deputy collector in Andhra Pradesh. Sindhu said, “I am delighted to receive this plot from the CM. In the last three years, KCR sir has been encouraging all athletes a lot. I can never forget the civic reception I got all the way from the airport to the Gachibowli Stadium when I arrived here from Rio. He gave me Rs 5 crore and now this land. What more can I expect. These sort of things motivate athletes to choose sports as a career.”

Since Sindhu was born in Hyderabad and her parents hail from Andhra Pradesh, both the states had claimed her as their own and vied with each other in showering rewards on her.