PV Sindhu made history for Indian badminton when she reached the final of the women’s singles event after beating Nozomi Okuhara 21-19, 21-10 in the semi-final and assure herself and country of a silver medal. This will be the first time India will have a silver place finish in badminton after Saina Nehwal had notched a bronze in the London Olympics four years back. 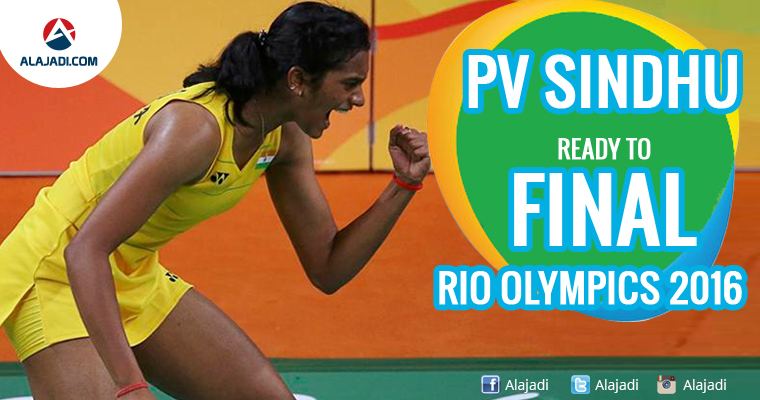 She has come a long way — from a 16-year-old watching Saina Nehwal win the 2012 London Olympics bronze to being India’s lone badminton medal hope in the 2016 Games.The rich vein of form that Sindhu has shown at these Olympics, plus her new-found ability to play different opponents with strategies that are tailor-made for them, means that she will go into the semi-final against Okuhara as the favourite, despite the fact that she trails 1-3 in career head-to-head meetings against the diminutive Japanese.

She is the second-highest-ranked women’s singles player from India after Olympic bronze medalist and No. 2 Saina Nehwal. The immensely talented Hyderabadi girl has done a notch better than her illustrious senior Saina Nehwal, who got country’s its first medal from badminton — a bronze in London 2012. The World No. 10 from Hyderabad will next take on two-time World Champion and top seed Carolina Marin of Spain in the summit clash on Friday.

Sindhu’s father P.V. Ramanna, a Railways employee and a former volleyball player, Sindhu’s father had taken an eight-month leave before the Rio Games, as his daughter trained for a maiden Olympics appearance. Ramanna drove his daughter to Pullela Gopichand’s training academy at 4 am every morning. He also frequently discussed details of Sindhu’s game with her, a practice followed since the earliest days of the shuttler’s career.