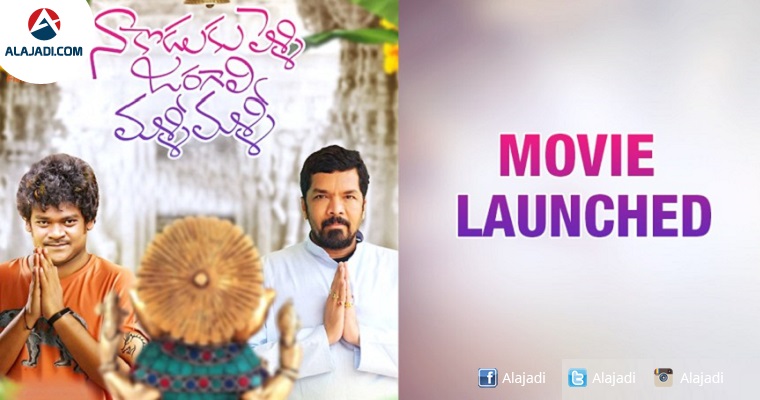 Featuring the above amazing lead pair, the film has Posani playing a father’s role whereas Shakalaka Shankar is playing his son. The story, screenplay and direction are by Ganta Ramakrishna Naidu and the film is being produced by Anil Kumar G. Music will be scored by Kalpana.

Post the movie launch session, the team interacted with the media and spoke a few words. Shakalaka Shankar said, I have done different types of roles as of now. The horror comedy film Raju Gari Gadi, helped me a lot to get more opportunities in my career. Posani plays a father role in mine and indeed he is the hero of our film. Naa Koduku Pelli Jaragali Malli Malli is a hilarious film which includes some emotional elements.

Posani said , So far I have done a father role in many films. But this is a special film of mine. Shakalaka Shankar plays my son. The combination of us will make you laugh throughout the film and at the same time will make you emotional.

Director Ganta Ramakrishna Naidu said, Special Thanks to V.V. Vinayak for presenting the event. Producer Anil Kumar said, The regular shooting will be starting from the end of this month. This is the first film of mine as a producer. Hope you all bless me.