Power star Pawan Kalyan is currently busy with his upcoming movie ‘Katamarayudu’. The movie is progressing at brisk pace. The movie makers are planning to wrap up the movie’s shoot by the end of February. Meanwhile, Pawan is also busy in his political commitments. The latest buzz is that the movie makers are planning to pre-pone the movie from 29th March to 24th March 2017 as festive treat. The official confirmation is awaited regarding it. Shruthi Haasan is playing female lead role in this movie. Dolly is directing the movie. Sharat Marrar is producing the movie. 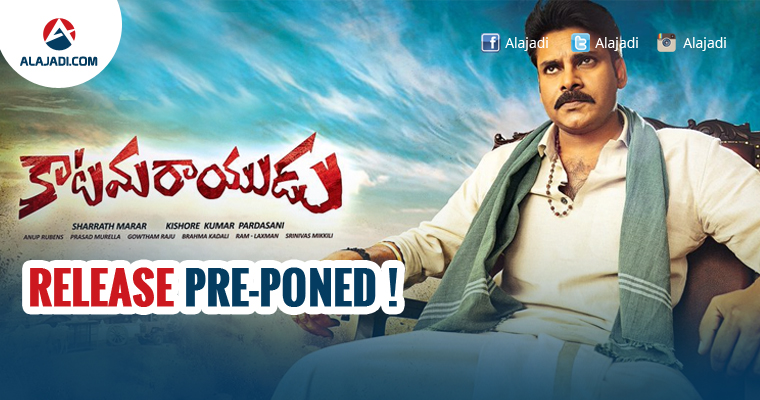 Nonetheless, the movie is an official remake of Ajith Kumar’s Veeram movie which is dubbed as Verudokkade. However, the lead actress confirmed that even though the plot of  Katamarayudu inherited from Veeram movie, the film was said to be completely different one from the original version.