From now onwards, any Indian Indian citizen can nominate a personality with achievements for the Padma Shri, Padma Bhushan and Padma Vibhushan Awards, with the government throwing open the nomination process to general public to make it transparent and curb the crony culture of influence and lobbying. 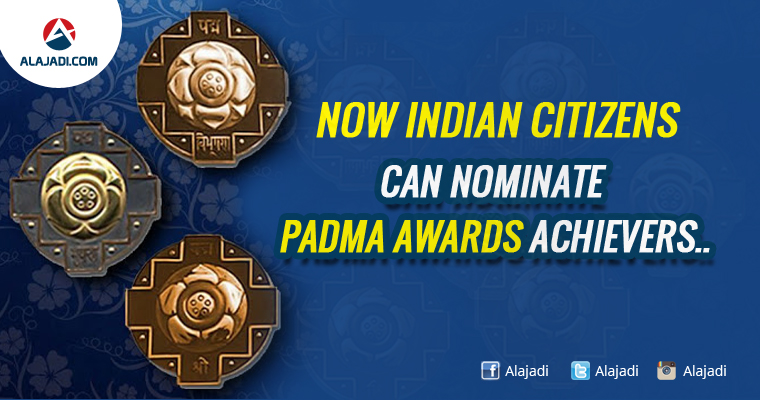 The nominations can be made online but the nominators would be required to furnish their Aadhaar Card details for authenticity and accountability. This is the first time by the government of India is encouraging the people truly to nominate these awards. Just it is a step towards transforming the national awards into a truly people’s award which will no longer remain restricted to elite rulers .

Simple online nomination encourages and facilitates all Indian citizens to participate. Opening up of the nomination process to the general public will also help in identifying unsung or lesser known people of excellence. So far, the government has received over 1,700 nominations and the last date of nomination is September 15.

Those who wish to nominate can visit this link: padmaawards