The trailer of much awaited romantic drama OK Jaanu is out and it looks like any couple’s dream. Featuring Aditya Roy Kapoor and Shraddha Kapoor, the film is hindi remake of Mani Ratnam’s acclaimed Tamil film O Kadhal Kanmani. The film has been directed by Shaad Ali and focuses on the modern day relationships and live-in scenarios in metropolitans. The film also features Naseeruddin Shah in key role. The film rides high on its music given by AR Rahman and the chemistry between the lead pair will remind you of Aashiqui 2 days in a more fun way. OK Jaanu is all set to release on January 13. 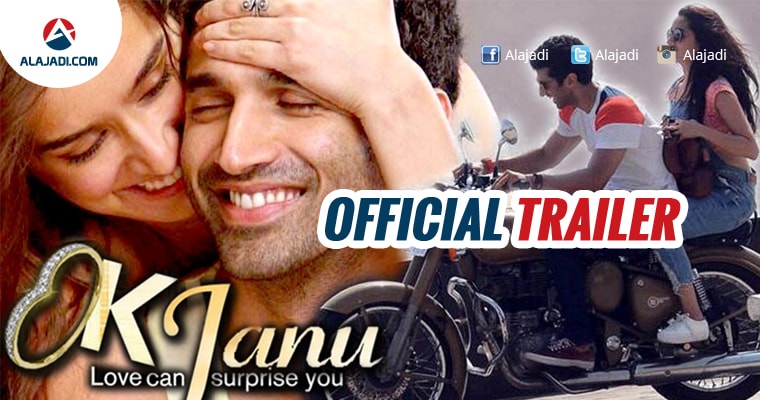 Karan Johar, the quintessential maker of love sagas, is presenting yet another romantic flick Ok Jaanu, under his banner Dharma Production, in association with Mani Ratnam Films. Ok Jaanu portrays modern-day practical love story of a career-oriented, realistic couple, who fell head over heels in love with each other. Aditya essays the role of an animation expert and Shraddha plays an architect. While Aditya wishes to go to USA for his career, Shraddha plans go to Paris to pursue her further education in architecture.

They meet, like each other and then decide to live-in together, in order to spend as much time possible before they part ways for their respective careers. Their togetherness and love for each other grows as time passes by. And the day comes, when Shraddha gets admission into her dream school. Then, the mayhem of mind and heart begins and makes the rest of the story. The trailer focuses on both practical and emotional sides of the story, making it a balanced tale. Aditya and Shraddha look charming together.