Official Trailer of PINK Out Now

The trailer of Soojit Sircar’s much awaited film ‘Pink’ is out and certainly leaves us on the edge, in need of answers for questions which have been raised time and again. Starring Amitabh Bachchan as a grey-haired lawyer, ‘Pink’ is the story of three girls (Taapsee Pannu, Kirti Kulhari and Andrea Tariang) who are molested by Rajveer (Angad Bedi) but are instead charged of assault for attacking the molester. 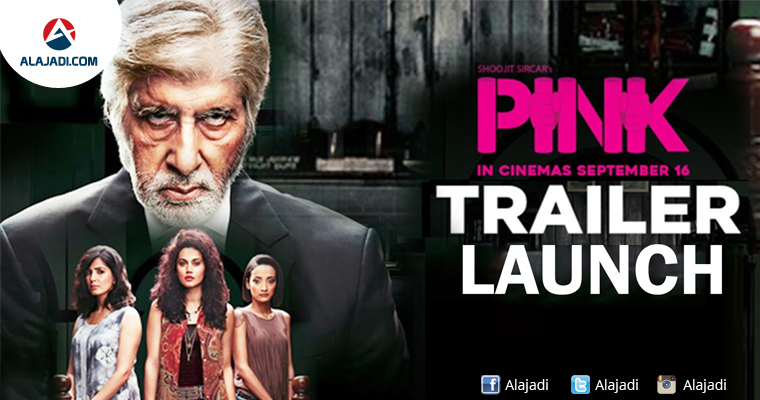 The trailer, which released on Tuesday, promises an uncompromising take on morality, sexism, sexual violence and what it means to be a woman in modern society. The two-and-half-minute trailer is loaded with suspense and is fast-paced and intense. The trailer starts with Big B donning a lawyer’s robes, asking Taapsee invasive questions. She, along with two friends, is being tried in the court for an attempt to murder case and defaming some men.

Directed by Aniruddha Roy Chowdhury, and produced by Rashmi Sharma and Shoojit Sircar under the banner of Rashmi Sharma Films and Rising Sun Films, ‘Pink’ is set to release on September 16, 2016.