Even as Tollywood is yet to overcome the untimely death of Anitha, producer Dil Raju’s wife, actress-politician Jayasudha’s husband Nitin Kapoor was found dead on Tuesday. He ended his life after jumping off from his building terrace in Versova at Andheri on Tuesday afternoon. No suicide note was recovered from the spot. However, the reasons for his sudden death are not known yet. According to TV reports, it is suspected to be a suicide. However, more details are awaited. 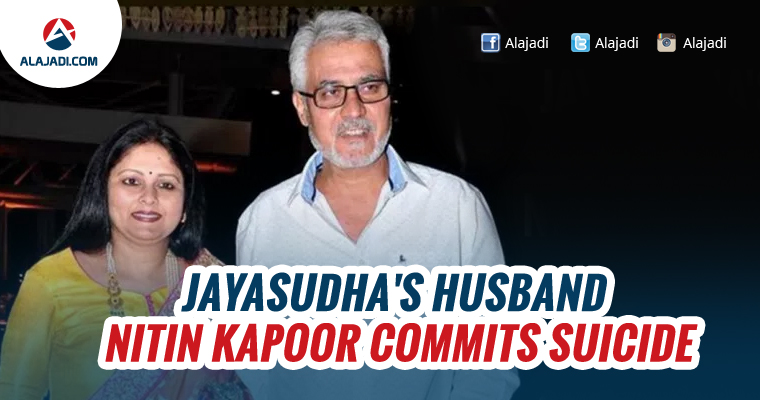 A cousin of veteran actor Jeetendra, Nitin Kapoor was married to Jayasudha for the past 30 years and has produced films featuring the actress. Nitin, who was aged 58, is survived by two sons Nihar and Shreyan. Nittin’s family arrived in Mumbai after receiving the news.

According to a report they are ascertaining the reason behind the incident but prima facie we suspect that he ended his life due to depression, said a Versova police officer. The deceased was taking psychiatric treatment and was living with his sister in Mumbai while the rest of the family is at Hyderabad and we have informed them about the incident, said the officer. The incident reportedly took place at Sea Glimpse apartment in Versova. A case of suicidal death has been registered in this regard.

Recently Nitin has produced new film Basthi with his son as the lead role. He produced few flicks. He also worked as an Assistant director for Aasha Jyothi film. Films like Handsup, Kalikalam, Mera Pathi Sirf Mera Hai were produced by him under JSK Combines. Many of the film industry is in shock about his death. Many expressed his condolences. Celebrities, Jayasudha friends and producers were shocked. Strength to Jayasudha garu during this terrible loss.