While Dil Raju is busy working on his upcoming film Nenu Local featuring Nani, he confirmed the release date of his forthcoming film Shatamanam Bhavati. Touted to be a family entertainer, the film is directed by Vegesna Satish, who is making his directorial debut with this flick. Shatamanam Bhavati features Sharwanand and Anupama Parameswaran in the lead roles and Prakash Raj, Naresh and Jayasudha in supporting roles. Recently the movie was certified with an U certificate without any cuts and bleeps. 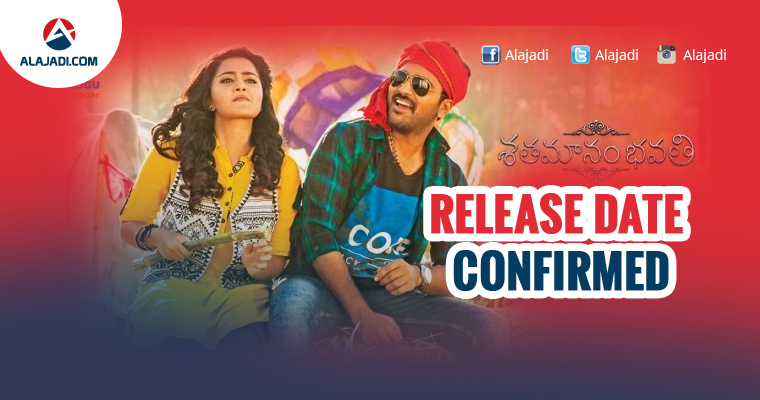 Mickey J. Meyer, alumni of the prestigious Trinity College of Music, London, has done a great job in composing the music for the film. The jukebox of the film was recently out and the makers of the movie are receiving a positive response from the audience. The trailers, promos and the posters of the movie look promising. Shatamanam Bhavati is said to be a story, which portrays the relationship between a grandfather and a grandson.