Superstar Mahesh Babu’s forthcoming bilingual flick has been a talk of the town from the day of its announcement. After titles like ‘Vasco Da Gama’, ‘Enemy’ and ‘Chattamtho Poratam’, a fresh rumor is circulating in film circles that Mahesh Babu’s new film in the direction of AR Murugadoss might be titled ‘Abhimanyudu’. It has been chosen for the movie as the movie revolves around an Intelligence Bureau officer who treads into hide out places of terrorists. 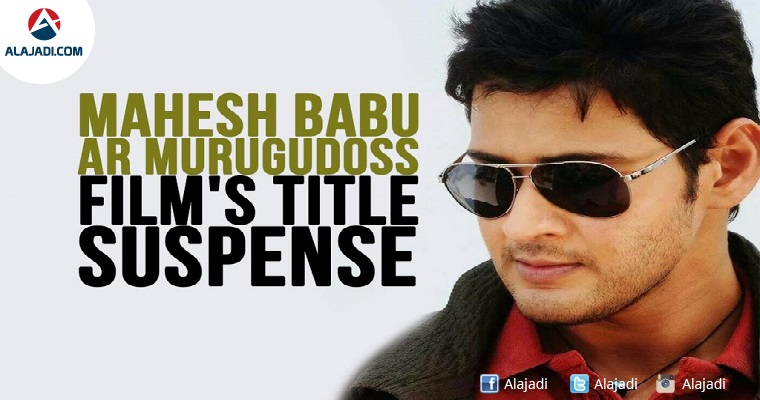 Mahesh Babu is playing the role of an IB officer who tackles terrorism in Indian metro cities. Some of his methods are said to be near to Abhimanyu of Mahabharata so this title is said to be in consideration. This is the first time that Mahesh and Kollywood film maker Murugadoss have collaborated which is being made on mammoth budget at Rs 90 crore.

However there is no official confirmation about it, but this time the buzz sounds very strong. We have to see if the confirmation will come when the teaser of the film releases or if the rumored first look release will confirm it during Dasara.

Gorgeous Rakul Preet Sigh is paired next to Mahesh, and incidentally this is the first time both are sharing screen space together. Director-turned-actor SJ Surya will be essaying a role of bay guy, music is rendered by Harris Jayaraj, Tagore Madhu and bankrolled by NV Prasad. The movie will hit the screens on next year April 28.