A city court has issued summons to Tollywood actor Mahesh Babu, director Koratala Siva and producer Y Naveen for alleged copyright violation inconnection with the film Srimanthudu. In the summons issued on February 3, the Additional ChiefMetropolitan Magistrate court directed the trio to appear before it on March 3 in person or through a pleader. A petition was filed by writer Sharath Chandra, who alleged that the movie makers copied his novel ChachchentaPrema, which he said was published in a magazine in 2012. Chandra had sought action under the Copyrights Act. Srimanthudu movie released in 2015. 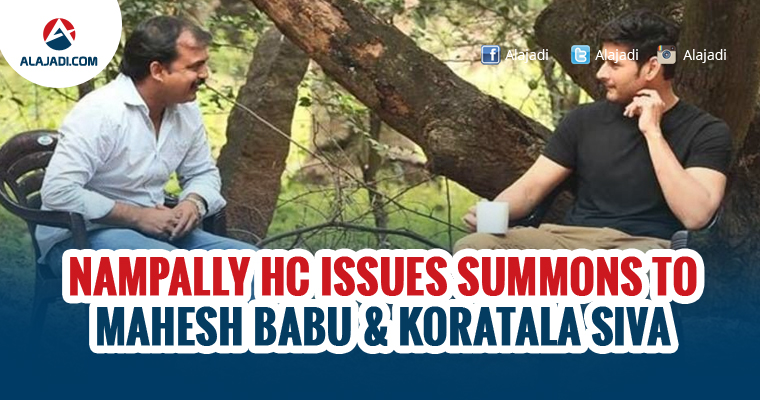 Earlier, Sarath Chandra had moved the court seeking action against founder of MB Creations Mahesh, Maitri Movie Makers founder Naveen and Koratala Shiva, alleging that the trio made Srimanthudu movie based on his novel Sachentha Prema. The novelist had also earlier filed a petition in the city civil court requesting an injunction as the movie was being remade in Hindi. He also requested the court to direct the police to register a case against the trio for copyright violations.

Srimanthudu was released  on 7th August 2015, and turned out biggest grosser in the career of  Mahesh Babu. It was the second all-time highest grosser Telugu movie after SS Rajamouli’s Baahubali. The story completely revolved around adopting villages and developing them into smart cities by providing full facilities to rural people. The court has served the notice to Mahesh & Srimanthudu team and the case has been filed under the section of IPC 120B and section 63 of copyrights act. On the professional front, Mahesh Babu will be next seen in AR.Murugadoss film.