Priyanka Yoshikawa, a half-Indian, half-Japanese beauty pageant contestant does, however. She was crowned Miss Japan 2016 Monday, becoming only the second biracial beauty queen in the country’s history. 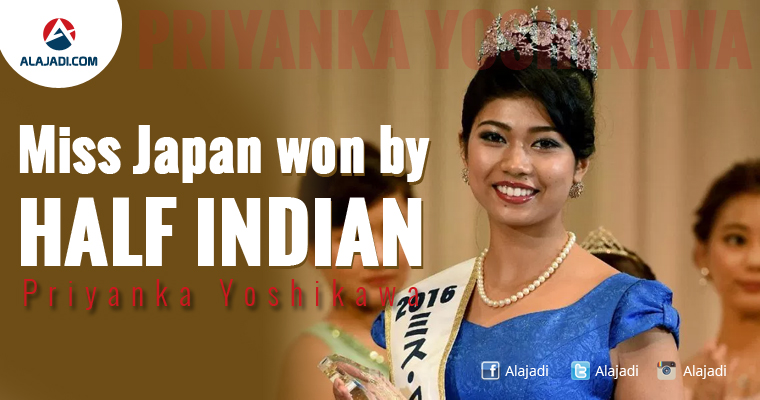 Born to an Indian father and a Japanese mother in Tokyo, the 22-year-old’s big win came just a year after Ariana Miyamoto, a half-black, half Japanese woman, won the title of Miss Universe Japan 2015. Miyamoto was the first Japanese person of mixed race to win a major beauty pageant in a largely racially homogenous country, and she received a firestorm of negative comments after she was crowned.

Yoshikawa, who has spent stints in the US and India, said that when she moved back to Japan from her travels abroad, sometimes people would ask her about her origins. It was a memorable moment for India, and especially Bengal, as well. Priyanka is the first woman of Indian descent to have conquered Japan with her beauty. The 22-year-old beauty queen from Tokyo is half-Bengali by origin and has spent a few years of her childhood (2003-04) in Kolkata. She is from a very politically active family, which gave us our first chief minister, Prafulla Chandra Ghosh her great-grandfather.