Meera Jasmine Heading For A Divorce?

According to latest reports in south, Malayalam actress Meera Jasmine is going to take divorce from her husband. She will be adding another name to the list of actors who have already got separated from their spouses in the past few years. The actress married Anil John Titus in 2014. Meera who had taken a break from her acting career since 2014, was last seen in 10 Kalpanakal, a Malayalam crime film. Anil John Titus is a Dubai based software engineer. Both of them lived in Dubai after their marriage. The couple took police protection as they feared that the relatives of the groom’s first wife might disrupt their wedding. After the wedding, the couple flew to Dubai. However, Meera returned to India last year and started acting career in films. Her decision to resume her acting career is said to be the major reason behind the couple heading for divorce. 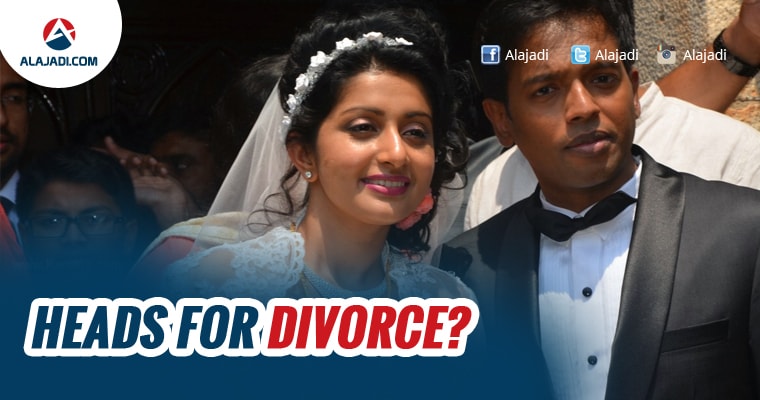 Reportedly Meera’s decision to resume her acting career is the reason for the divorce. Meera wants to settle in India and continue to appear in films and this decision of Meera’s isn’t accepted by Anil. Both Meera and Anil are silent on this information. Their marriage also made the headlines for all the wrong reasons. According to sources, Anil had taken police protection to marry Meera, as he was afraid that his first wife’s family would create a ruckus at the wedding. Sources also revealed that Anil had failed to produce divorce papers of his first marriage.

Meera Jasmine was first seen on screen in the Malayalam film Soothradharan back in 2001 which paved her way to Tamil, Kannada and Telugu films. She made her Telugu debut in Ammayi Bagundi starring opposite to actor Sivaji in 2004. Moving on she appeared in numerous films in Telugu, Kannada, Tamil and Malayalam. Hope the couple sorts out their differences soon.