Take a look at this 16 minutes hilarious short film on the lives of Pandavas, Draupadi and Kunti, if they were to be in the 21st century. Delhi Belly writer Akshat Verma’s short film Mama’s Boys features late Razak Khan and a bunch of colourful actors simply having fun. 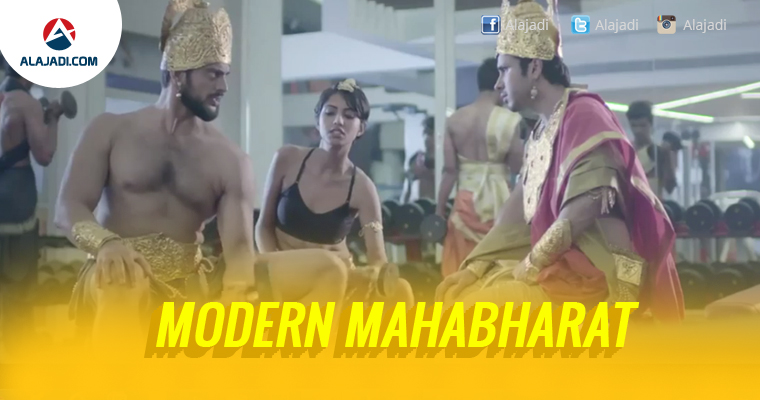 This short film is based upon the modern Mahabharata. Arjun won Draupadi as his wife by shooting at the fish in the sky. But unknowingly, Pandavas mother “Kunthi” ordered them to share equally. Now, Draupathi has 5 husbands. The rest of the film is so funny.

All the casting impressed with their acting. It’s an overall directors credit. Costumes were well designed. It attracts modern generation. Songs were also at a good level. The cinematography is not up to the extent.

It’s basically Akshat having a lot of fun with the actors, who are, by the way, excellent in their roles, particularly, Aditi Rao Hydari, Arunoday Singh as Bhim (After Main Tera Hero and Mohenjo Daro, he seems to have mastered the dumb gym rat role), and Vivaan Shah and Jim Sarbh as Nakul and Sehdev.