Almost four years after he signed up for Baahubali, actor Prabhas, popularly called Darling, has signed his next film. It will be with director Sujeeth. Having spent nearly five years on SS Rajamouli’s Baahubali franchise, actor Prabhas will finally commence work on his next yet-untitled Telugu project. The regular shooting of the movie will commence from March onwards and Madhie is confirmed as Cinematographer for the film. The film’s music is going to be composed by Shankar-Ehsaan-Loy trio and the movie was produced by Vamsi and Pramod under their UV creations banner. 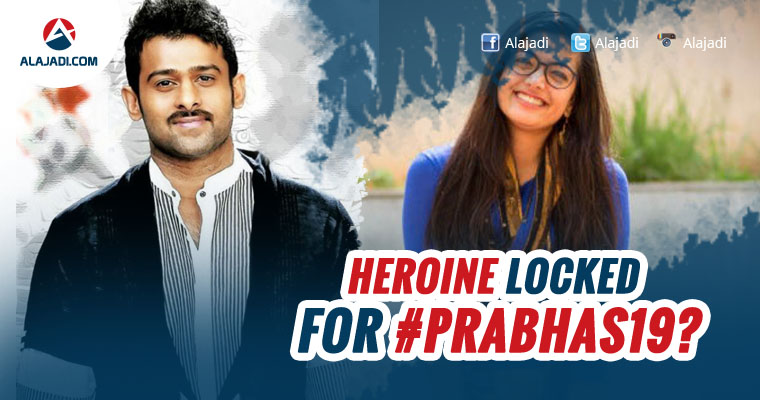 Our darling hero Prabhas is all set for the grand release of his upcoming film Baahubali 2. After receiving a humongous response for the trailer, even he is eagerly waiting for the release to see how will the audience like the film. Prabhas without taking a big break is soon going to start shooting for his next under Sujith’s direction. Right after two weeks, after the release of Baahubali 2, Prabhas will be busy shooting for this film which is having a huge budget of about 150 crores.

Looks like the team has finalized the female lead for this mega project. Few days before if you guys remember I was telling you about a Kannada actress who was very popular out there. After watching her mesmerizing performance there she has received a lot of offers from Tollywood. One such big offer is to be part of Prabhas’s film.

This lucky talented young girl is none other than Rashmika Mandanna. Rashmika Mandanna who debuted in Sandalwood with Kirik Party has caught the eye of filmmakers from Tamil and Telugu industry. She is currently the most happening girl in Sandalwood and is sure she would create the same magic here. Sources say that when the director has approached her with this script which is a multilingual project, without even giving a second thought she gave a nod to this offer.