Manchu Lakshmi Prasanna who had stolen the hearts of many Tollywood audience with the recently aired show Memu Saitham is now all set to impress the fans with her acting angle in the movie Lakshmi Bomb. The movie had been released today on March 10, 2017. Lakshmi had last made a guest appearance in the movie Guntur Talkies directed by Praveen Sattaru. 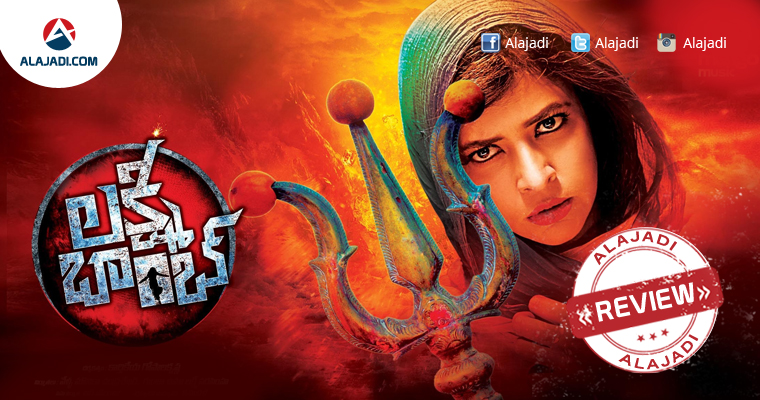 The story of Lakshmi Bomb revolves around the lead actress Manchu Lakshmi who seen in the role of advocate and fights for the justice. In order to save the justice, she will be seen in different avatars. Going into story, it is start with a girl who has big desire to become lawyer but due to some reasons she turns as ghost. Who is that girl? Why she become ghost? How she overcomes the difficulties forms the rest of the story. To know the complete story of Lakshmi Bomb watch in theaters.

Lakshmi Bomb is complete thriller film with some action scenes and its story elaborated in the second half. Finally, it is watchable film for its comedy and star cast performance. There are enough dosages of comedy and thrill which maintains a constant excitement in the audience. All in all, each and every character has given their best and the movie can be a good watch this weekend.

Manchu Lakshmi: She  has come up with another power packed performance.

In this film, Posani Krishna Murali and Hema acted as her parents and another actor Hemanth and Rocking Rakesh were taken the crucial roles.

Sunil Kashyap given the background music score for each and every song in the movie. Lakshmi Bomb is completely a Women Centric Film which is handled by the director Karthikeya Gopalakrishna. The cinematography for the flick is handled by Joshi and the script and dialogues were written by Shyam.