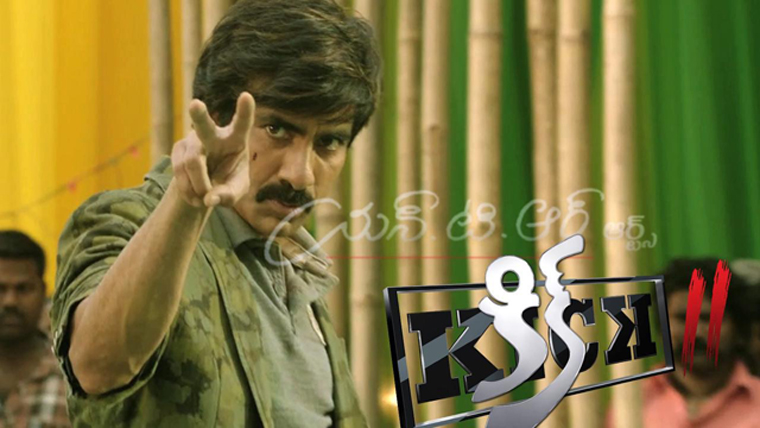 After giving commercial kick to the tollywood, mass maharaja raviteja and surender reddy joined to give another kickest version of kick. Kick 2 is one of the most awaited films in the recent times. Directed by Surender Reddy, this film has Rakul Preet as the female lead and Let’s see if the film gave real kick or not ?

Robin Hood(Ravi Teja) is a doctor who comes to India to solve his land disputes. There, he meets Chandrika(Rakul Preet) and falls in love with her. One day, Chandrika is kidnapped by some goons and Robin Hood is left helpless.As time passes by, Robin Hood finds out that Chandrika is kept hostage in her native village called Vikaspur. He decides to take things in his hand and heads to her village to save her.The real wist in the tale arises when he crosses path with Suleman Singh Thakhur( Ravi Kishan) who is troubling the villagers with his vicious activities. Rest of the story is as to how Robin Hood saves the villagers from the evil clutches of Suleman Thakur and also wins his love. 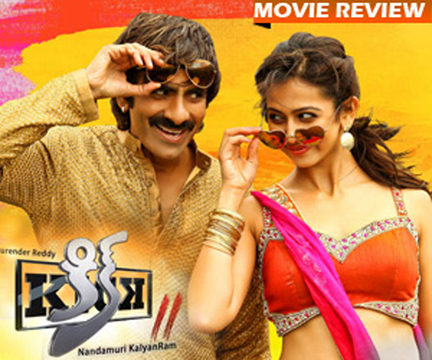 No doubt, Ravi Teja is the biggest asset of the film. Right from the beginning, it is his strong screen presence that holds the film together. The mass Maharaja is hilarious during the first half and gives a balanced and emotional performance in the second. Rakul Preet gets a meaty role and suits perfectly in both the village and modern avatars. Her chemistry with Ravi Teja is crackling and lights up the screen.Second half of the film gets high on emotions. The film takes a new dimension post interval and the last twenty minutes have superb mass elements. Bollywood actors Sudhir Misra and Rajpal Yadav are decent in their roles. Yet another major plus point of the film is Thaman’s thumping background score which elevates the film to another level.Ravi Kishan is fearsome as the main villain and does a pretty decent job. First half of the film is entertaining and has all the elements which are expected of typical Ravi Teja films. Brahmanandam’s track with Ravi Teja and all their comedy episodes have evoke superb laughs.Even though the film is high on emotions, the second half lacks basic entertainment. Camera work is stunning as the rustic villages have been showcased in a superb manner. Dialogues are pretty good. Screenplay is a bit predictable but catches pace during the end.
On the whole, Kick 2 is yet another mass Ravi Teja film which has entertainment and emotions in equal doses. But lack of basic entertainment in the second half let’s down the film to an extent. However, a hilarious first half, beautiful songs and Ravi Teja’s strong screen presence in the film over shadow these flaws and decently entertain you with its emotional content.

Predictable narration
Lags here and there