Megastar Most Awaited Film Khaidi No 150 Creating Lots of Buzz in T-town, Earlier Film Makers Released The First Look Posters and Teaser Which Received Nice Response From Fans The teaser clocked over 5 Million views proving the interest it has generated among the film buffs. Now Makers Going to Release First Song Ammadu Lets Do Kummudu From Khaidi No. 150 Movie. It goes “Ammadu Lets Do Kummudu,” a typical DSP mass number which is sure going to set the tone for the power packed mass masala film. 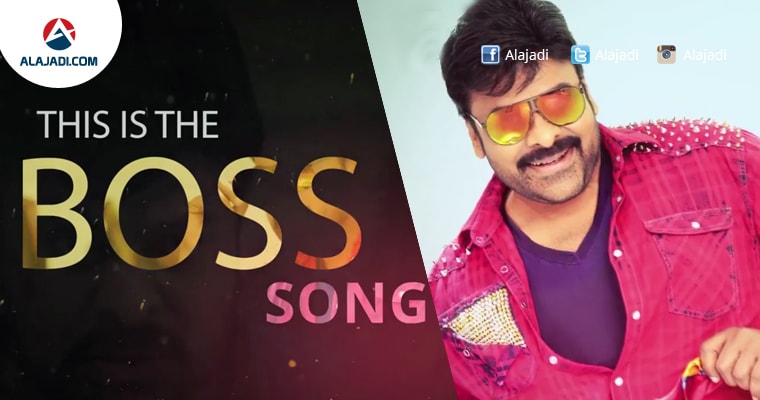 As Per Insiders News This Track Will Be Released By Mega Star Brother Power Star Pawan Kalyan track named ‘Ammadu Lets Do Kummudu’ tomorrow evening it will be out in the presence of all mega family heroes. Rockstar Devi Sri Prasad has composed the tune and has also sung it along with Ranina Reddy. He has even penned the lyrics by himself. A couple of stills of Chiru has been showcased in the video bite and the boss looks younger and charming.

The complete audio album will be out in the market on 25th of December and the Pre-release event is taking place sometime in the 1st week of January 2017. Leading music company, Lahari Music has acquired the audio rights of the film.Trailer of the film is going to be launched soon and producer Ram Charan says that the trailer will be in tune with the theme of the film and gives a clear idea of what to expect out of Chiranjeevi’s reentry film.

Mega fans and well wishers are super excited on hearing this news. Film’s audio tuned by Devi Sri Prasad will be released on Dec 25 at Vijayawada celebrating X Mas. Chiranjeevi is romancing Kajal while Shriya and Tarun Arora are playing key roles. Lakshmi Rai is doing special role in the film produced by Ram Charan on Konidela Productions. The tentative release date of the film is 13th of January 2016.