Karnataka was on Tuesday directed to release 2,000 cu secs Cauvery water per day to Tamil Nadu from October 7 to 18 by the Supreme Court, which deferred its order asking the Center to set up Cauvery Water Management Board till it finally decided on appeals relating to the age-old water dispute.

Earlier Karnataka ignored the Supreme Court’s order twice but after the court asked the govt to explain its repeated defiance of orders, the Karnataka legislature passed a new resolution clearing the release of Cauvery water to the farmlands in Cauvery basin in Karnataka. In this course, Karnataka is releasing 6,000 cu secs of water to Tamil Nadu for next three days. 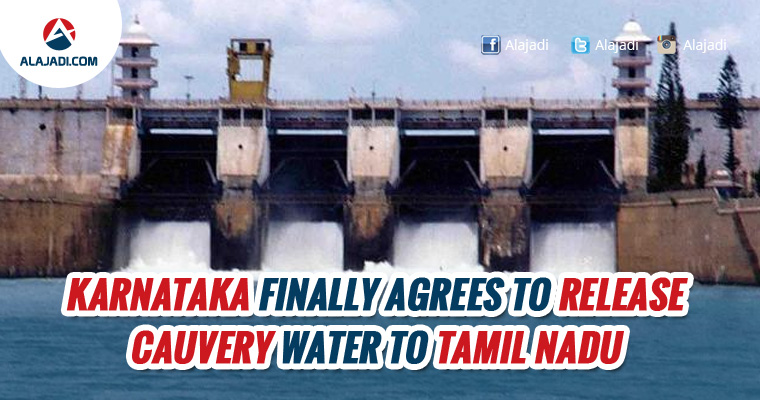 There has been an inflow of 7,000 cu secs into the dams in the last 10 days. There is a 6.5 TMC feet increase in storage. There is now a flow of 1,200 cu secs into Tamil Nadu, if we release water for farms in Karnataka this will go up by 3,000 cu secs and seepage will ensure additional flow of 3,000 cu secs. The Supreme Court order to release 6,000 cu secs per day will be met.

The order was passed after taking on record the written note of Karnataka government that it has released around 17.5 TMC of water from September 5 to 30 and the proposal was to release 3.1 TMC by October 6. Tamil Nadu government complained that there was a deficit 4.6 TMC of supply of water in the month of September and it required a total of 22 TMC of water till October.

In the riots, the state lost property worth crores and the usually-busy border between Tamil Nadu and Karnataka turned into a volatile zone. Bengaluru also witnessed two deaths due to violence. Later when Supreme Court issued another order asking for more water, but Karnataka outright refused and claimed their own four reservoirs were running low. Both Karnataka and Tamil Nadu have received less than normal rainfall during the monsoon.

The new resolution follows a Supreme Court warning that Karnataka would have to face the “wrath of the law” if it disobeys court orders.