Kalatapasvi K. Vishwanath is one of the legendary directors of Telugu cinema.  He has been conferred with the prestigeous Dadasaheb Phalke Award recently. Most of Vishwananth’s films are classics and they are regarded as study material for upcoming filmmakers.  Vishwanath films brought great respect to Telugu films. They have won appreciation from the filmmakers of other film industries also. 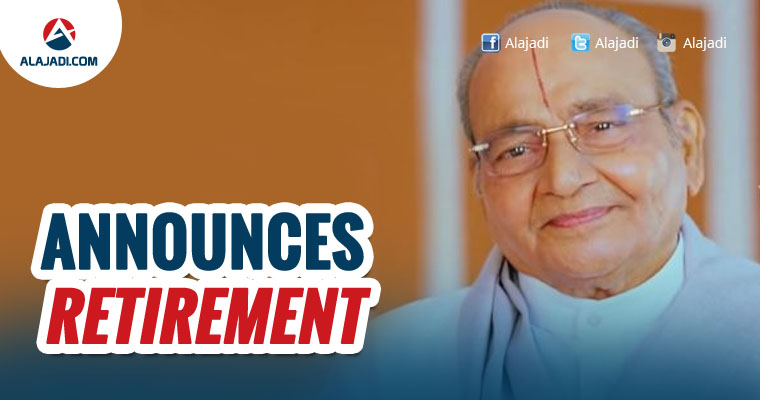 Legend K Vishwanath, who had directed classic movies like Sagara Sangamam, Sankarabharanam, Swarna Kamalam and Sirivennela had created a trend in the 70’s and 80’s. There are many more appealing films to his directorial credit. The master director has ever been revered as Kalatapasvi for his depiction of characters that are quite artistic and close to Indian tradition. K Vishwanath was honored with Dadasaheb Phalke award in the recent time and was also lent an opportunity of sharing a few words in the 64th National Awards Function, which is a rare privilege.

Following that, he was felicitated by a bunch of dignitaries and when he had to speak as part of the occasion, K Vishwanath announced that he is going to retire.

Let’s know in his own words, “I have always received love and respect from people watching my films. I don’t have any plans to direct a movie again as I do not have enough patience or curiosity to do that. It’s time I retired respectfully.” But he added that he will continue to act in films.