The Assam government is set to introduce a law that would make it mandatory for government employees to take care of their parents or face a deduction from their income that would be used for their parents’ welfare. Assam finance minister Himanta Biswa Sarma, during the presentation of the State budget on Tuesday, announced that the government has decided to link geriatric care to their employees’ pay from the 2017-18 fiscal. The finance minister announced providing eggs twice a week in the mid-day meal scheme which would cover 42.61 lakh children in lower primary and upper primary schools across Assam, costing Rs 130 crore per year. 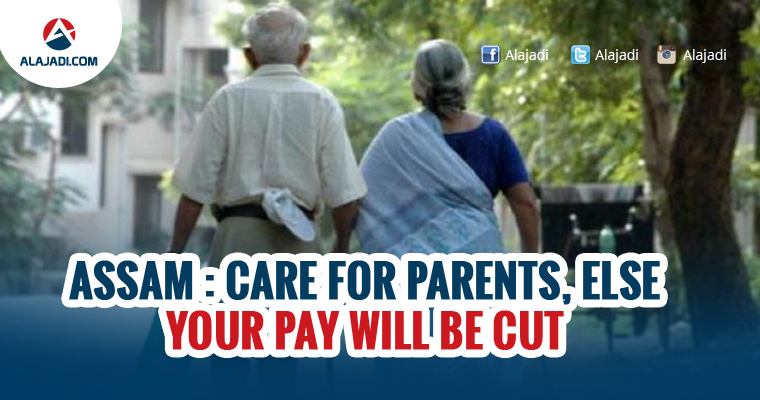 Employees working in the government, state PSUs and companies will be expected to take care of their elderly parents in a desirable manner. In case of non-compliance, the proposed legislation would mandate that a certain portion of the salary of such employees would be deducted to be given to their respective parents, Sarma said. The BJP government in Assam has decided to give an impetus to Swadeshi Values and proposed to reimburse an employee up to Rs 1,000 on the purchase of two Khadi apparels annually. The government also decided to provide two sets of Khadi and hand loom clothes to each of the five lakh government employees in the state.

The budget that showed an overall deficit of Rs 2,349.79 crore targeted the welfare of tea workers as well. A sum of Rs 287 crore has been allocated to pay Rs 5,000 to each of the 6.5 lakh tea plantation workers who opened bank accounts. Also, a separate allocation has been made to pay Rs 12,000 to the accounts of pregnant plantation workers. They would also provide 40 medical units across 850 tea estates to take care of the healthcare needs of the workers. The government plans to assuage the condition of the poor tea workers who were affected after the demonetisation.