National record holder OP Jaisha struggled to finish the marathon race in Rio Olympics 2016. She collapsed at the end of the difficult race (42.195 km) after no Indian official turned up to boost and support her during the course of the event. Usually officials are present at designated points to provide refreshments to recharge the athletes.

Jaisha told exclusive interview that she was not prepared to run the race but was forced by her coach Nikolai. The 33-year-old finished 89th among 168 participants. Jaisha finished her race in 2 hours, 47.19s. She had clocked 2:34.43s in Beijing Worlds last year to finish 18th. 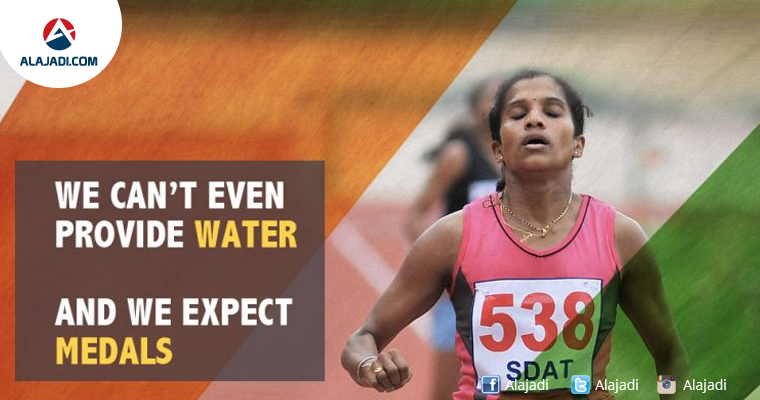 She said that she had to run a grueling 42.195-km marathon without enough water to drink. She collapsed after the marathon ended in Rio and blamed Indian officials who provided nothing, not even water during the women’s race at refreshment points. A dehydrated Jaisha collapsed after the race ended and  she regained her consciousness. No doctors came to help her.

From all other countries to provide refreshments to their runners at designated points after every 2.5 km -there was no one from India and our desks were empty next to the country’s name and flag. While other athletes had the luxury of taking glucose, honey etc there was nothing for us (Jaisha and Kavita) to drink at our stations. Not even water.

They are treated poorly and yet we hope that they bring laurels for our country. First, they need the ability to compete the athletes from other countries with same standards of training and guidance, only then we will be able to hope for medals.