Indian-American women make a mark in 2016 US elections

Pramila Jayapal has become the first Indian-American and also the first South Asian woman to be elected to the US House of Representatives after she won the Washington Senate seat. 51-year-old Jayapal got 57 per cent of the votes from Washington State, leaving behind her rival Brady Walkinshaw who secured 43 per cent votes. India-born Jayapal made a mark with her progressive agenda in the Washington State Senate.

Endorsed by Senator Bernie Sanders, the former Democratic presidential aspirant, Jayapal is running from the seventh Congressional District of Washington State that encompasses Seattle and its neighbourhood. 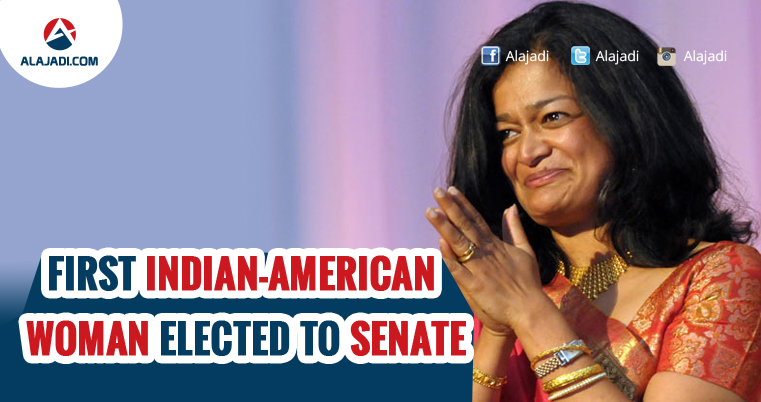 Jayapal was born in India and she immigrated to the US when she was 16. In the aftermath of the 9/11 terrorist attacks in the US, she founded an organization named ‘Hate Free Zone’, which was later rechristened as ‘OneAmerica’, to help the immigrants who were being targeted. Jayapal has reportedly turned ‘OneAmerica’ a major helping hand for immigrants living in the U.S.

Two Democratic leaders Kamala Harris and Pramila Jayapal are all set to make history this year. Kamala, 51, is all set to be elected as the first Indian-American Senator from California while Pramila, 51, is all set to enter the US House of Representatives from Washington State.
Later, she was elected to the Washington state Senate in 2014. Soon after she declared her candidacy for the US House, Jayapal got support from Sen. Bernie Sanders, the former Democratic presidential aspirant. Jayapal had also been endorsed by more than 20 other members of Congress and a few NGOs.

After her victory, Jayapal said she was planning to take up the issues of LGBTQ rights, women’s rights, environmental concerns, terrorism etc. after she begins her term in the House in January.