Union Urban Development Minister M Venkaiah Naidu on Thursday announced Swachh Bharat Rankings 2017. He claimed that over 80 percent of the 18 lakh respondents who took part in the survey conducted at 434 cities & towns across the country has responded positively to Swachh Bharat Mission. According to the Swachh Survekshan 2017 (Swachh Bharat survey 2017), which was conducted in 434 cities and towns of the country. 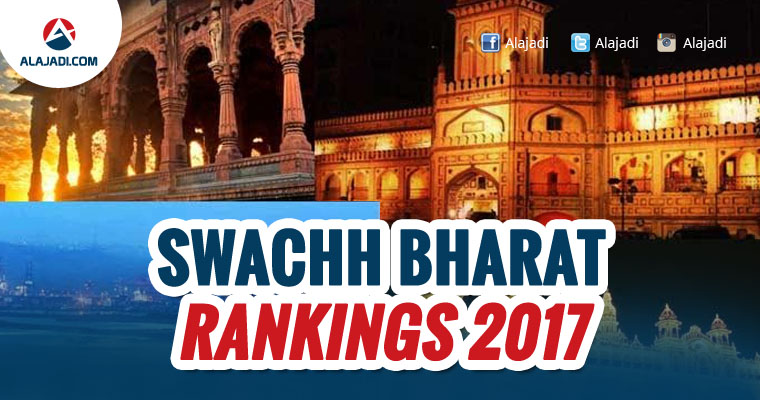 The survey was carried out by the Quality Council of India, which had deployed 421 assessors for on the spot assessment of 17,500 locations in 434 cities and towns. Another 55 people regularly monitored the survey process in real time. The criteria and weightages for different components of sanitation related aspects used for the survey were:

Here is the complete list of cities covered in the  Swachh Bharat 2017 survey and their rankings: