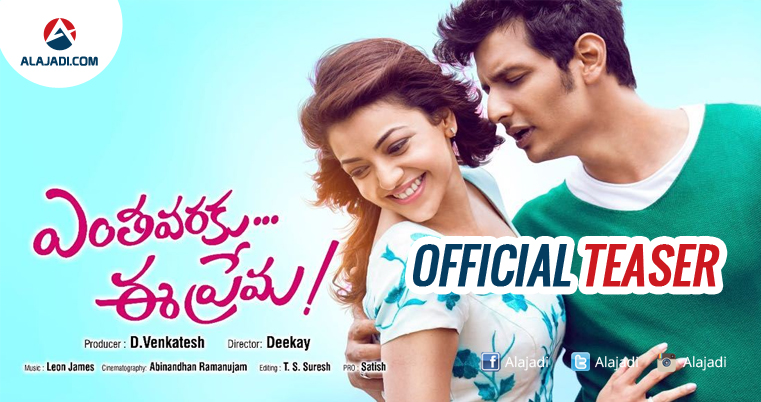 The teaser of the film is hilarious and comes with a punchline, “a new age romantic comedy” and “a story about first love and second chances.” There was also a bit of a mesmerizing song played in the teaser. The comedy and the romance are pictured perfectly. Any emotion portrayed with comedy always goes well and is liked by the audience.

In the Telugu industry, Jiva is known for Rangam where, he played the role of a brainy journalist who opens up the truth behind a conspiracy. Kajal is one of the most popular actors in the Country. She marked her name in the Telugu, Tamil and Hindi industries. After her special appearance in “Janatha Garage” she is busy shooting for 3 films apart from “Enthavaraku Ee Prema. The audio launch of the film was recently held at JRC Convention, Hyderabad. The event was graced by top notch personalities of the industry. Watch the rib-tickling teaser of “Enthavaraku Ee Prema” now.