It is already reported that Dulquer Salmaan and Sai Pallavi starrer Malayalam Blockbuster Kali is going to be dubbed in Telugu. The makers recently released the title for the Telugu version. It is titled as ‘Hey Pillagada.’ 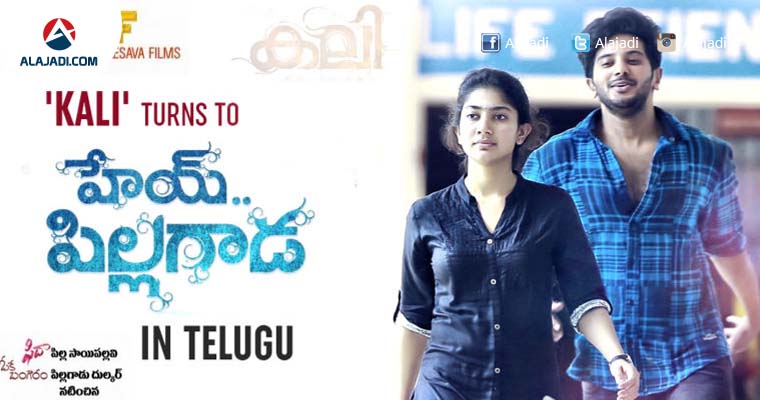 The title is said to have been adapted from a song in Fidaa which was the debut movie of Sai Pallavi in Telugu and has become a smashing hit. To cash in on the success of Fidaa, makers seem to have chosen this title which will make it more interesting one sine Kali is a super-hit film in Malayalam

With Sai Pallavi’s popularity chart rising, her film Malayalam is being dubbed in Telugu. Sai Pallavi is not the only reason to release the film in Telugu, Dulquer Salman is also a known face in Tollywood. He got famous in Tollywood with his film Ok Bangaram which released in 2015. The dubbing process of the film is currently in progress and the makers are planning to release the film in September. The film’s title logo was unveiled today by director Sekhar Kammula and It is DV Krishnaswamy’s production.

Dulquer will also be making his debut in Telugu cinema with Mahanati, a biopic on legendary actress Savitri, his market in the Telugu states seems to be much higher. On the other side, Sai Pallavi is busy with her 2nd Telugu film MCA opposite Natural star Nani.