Daughters Appear For Exam, Even After Losing Father In Uri Attack

The 12th Brigade headquarters at Uri, 100km from Srinagar was attacked by armed militants from the terrorist faction ‘jaish-e-mohammad’ on Sunday. This pre-dawn strike left in its aftermath, 18 martyrs. The bereaved family of one such martyr, Naik Sunil Kumar Vidyarthi was shattered to hear this. Despite this shocking news, his three daughters Aarti, Anshu and Aanshika put on a brave front and went to give their exams at DAV school, Gaya. Even the principal was left astounded by their courage. While they did give the exam that day, they have been allowed to give the others separately. 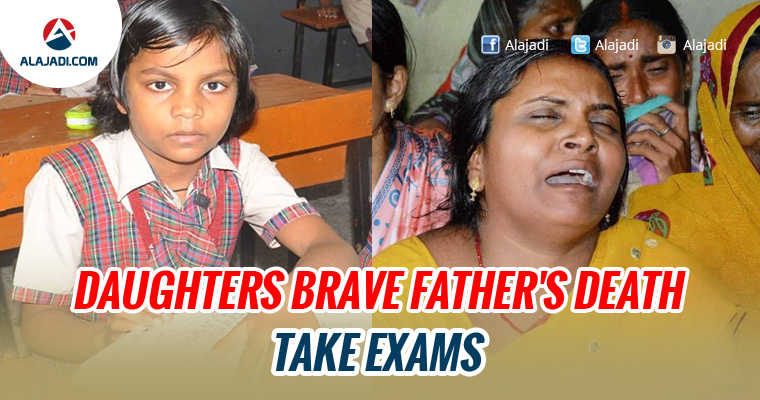 The eldest daughter said, “ I’m proud of my father, he is not dead but has been martyred. The way terrorists from Pakistan attacked India all of a sudden, India too should retaliate, it is only then that Pakistan will mend its ways.”

“He had assured me that he would get our ancestral house repaired during Dussehra vacation, but God willed otherwise,” said father Mathura Yadav at village Boknari in Gaya. Mother Kunti Devi, who was inconsolable, cried, “Mera Lal Babu (Sunil’s nickname) Dussehra mein jaroor aayega (he will definitely come home for Dussehra).”

This terror attack on the army camp has had highest casualties to be ever recorded with 18 soldiers and 4 militants dead. Over 32 others were injured. The jihadi team entered the Army camp’s housing facility. They fired bullets and hurled hand grenades. One of the grenades is presumed to have set fire to the tents put up in the housing unit. Another hand grenade triggered a blast in the diesel dump. Thirteen of those killed are believed to have been inside these tents when it caught fire. These militants were highly trained and had planned the entire operation strategically.