In what can be called as a huge setback to Indian cricket, the 35-year old sensational captain, wicket-keeper and batsman in India Mahendra Singh Dhoni has stepped down as skipper for ODI and T20 format. The extremely shocking decision by this Jharkhand batsman was officially declared by BCCI through its Twitter handle. However, the board confirmed that he’ll be available for selection for the next ODI and T20 series against England, starting 15th January. 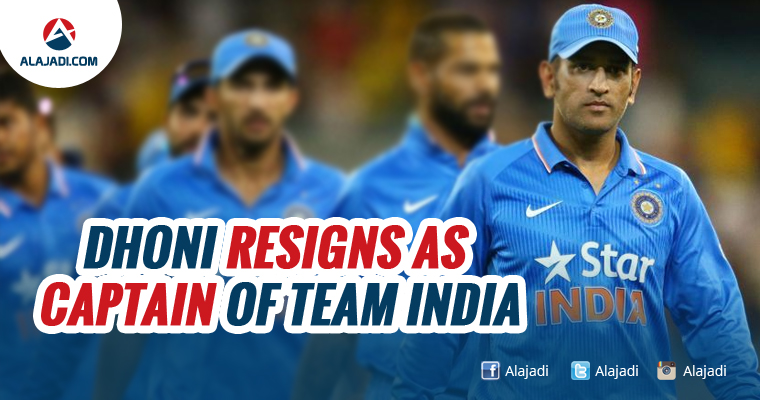 There was no comment offered by Dhoni, in regard to this announcement. Following this unexpected decision, the test skipper Virat Kohli may take over captaincy job for the coming series against England. MS took over the captaincy in mid 2007, replacing the legendary Rahul Dravid.

Having announced his retirement for test cricket on 30th December, 2014, Dhoni made way for young players to grab his job. In his 10 years of captaincy career, the Jharkhand dynamite achieved umpteen records and brought home World Cups in both T20 and ODI formats. India will play the first. ODI against England on Sunday (January 15th) in Pune. The resignation of Dhoni came as a surprise as cricket lovers expected him to continue till 2019 World Cup. May be, Dhoni decided this is the right time to step down. 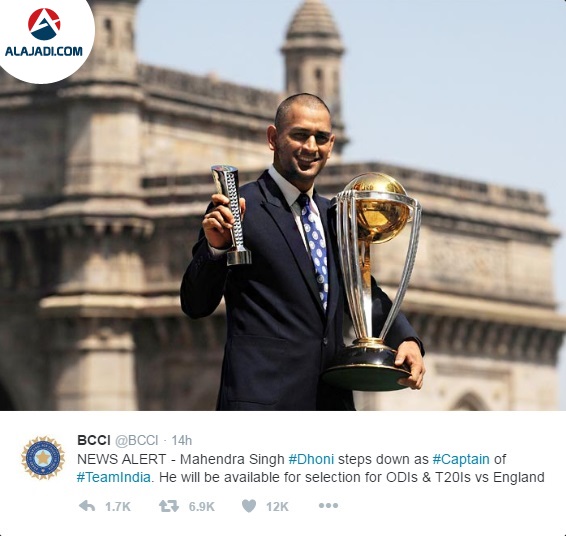