IT dept raids at Janardhan Reddy After Big fat Wedding

Reddy, a former BJP minister and one of the richest politicians in Karnataka, is one of the main accused in the Bellary illegal mining scam. Just days after his daughter wedding, Income Tax officials raided mining baron Gali Janardhana Reddy’s offices in Ballari, 300 km from Bengaluru. 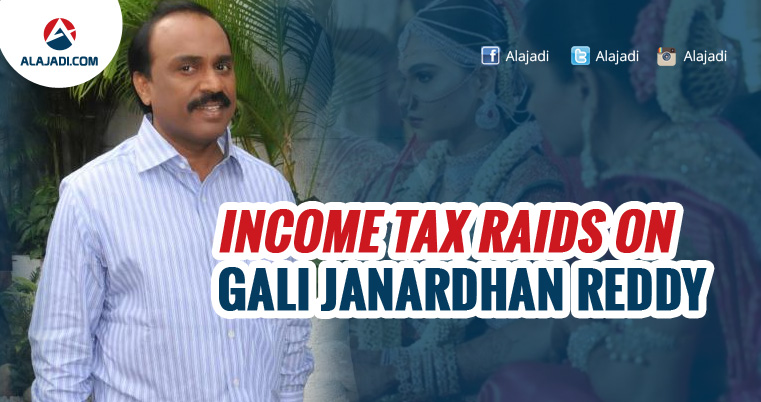 The income tax raid comes five days after the lavish wedding of the mining baron’s daughter raised eyebrows for its pomp and grandeur – held at a time when millions were queuing up outside banks and ATM’s for cash. He is on bail after languishing for 40 months in jail for his alleged involvement in the multi-crore mining scam that rocked the southern state in 2010-11.

The exact reason for the sudden raid is still unknown. Reddy was in news recently for the big fat wedding he held for his daughter which had around 50,000 guests and would have cost him around Rs 500 crore.This became more suspicious as it came days after Prime Minister Narendra Modi announced demonetization of Rs 500 and Rs 1,000 notes.

A two-page questionnaire handed to Mr Reddy at his Bellary home asks for details of how the former minister spent on a wedding card fitted with LCD screens, jewelry, clothes, entertainment and food for the lavish event. The tax department also carried out surveys in Bengaluru and Hyderabad of those who had provided various services for the wedding. 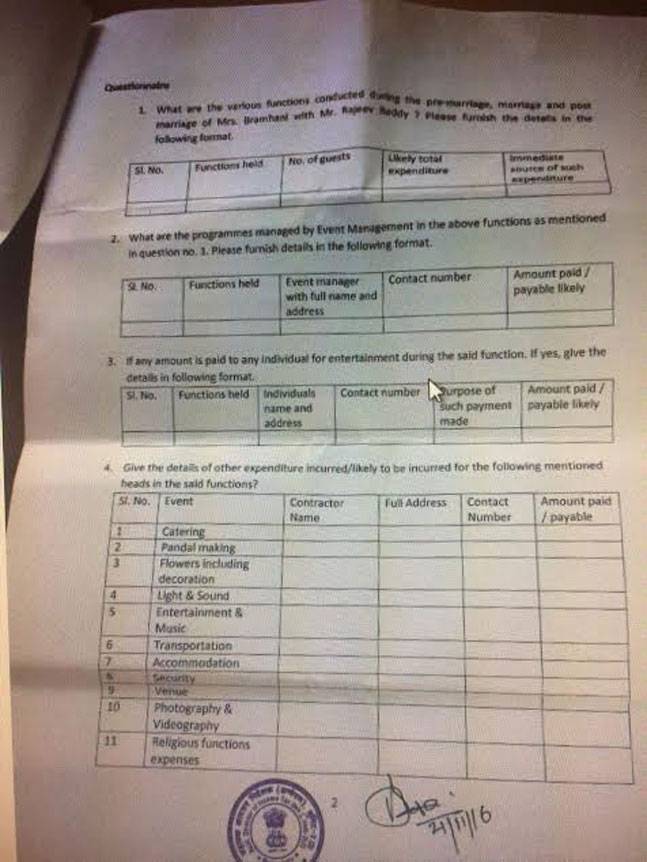 Reddy, who was attending a reception for the newly-wed couple in Hyderabad, returned back to Ballari. The raid was based on a complaint filed by a RTI activist T Narasimha Murthy.