Ace filmmaker Sukumar made a debut as a producer in 2015 with the film Kumari 21 F. The film ended as a big hit and now the latest reports reveal us that Sukumar is going to have a wonderful time producing yet another interesting film. Sukumar is now introducing his nephew Ashok as hero in Tollywood with an upcoming film titled Darshakudu. Sukumar himself is presenting the film on Sukumar Writings banner. The film was announced long back and the entire shooting has been wrapped up barring three songs. The post-production works also started in a big way. The story is about the journey of an assistant director to becoming a star filmmaker. 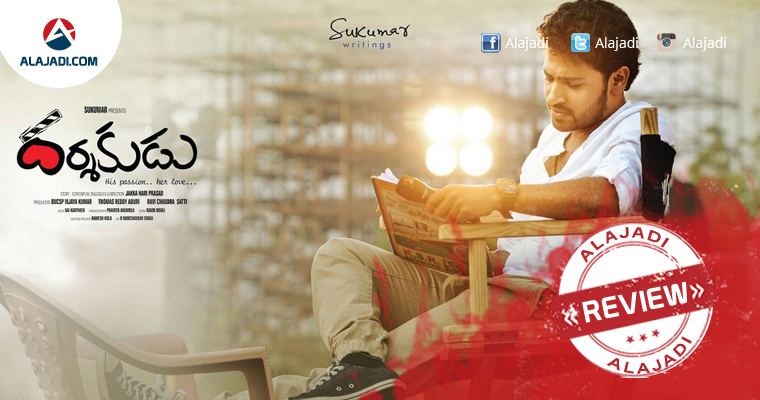 Darshakudu is the story of a young and aspiring director who places his goal above everything else. Mahesh (Debutante hero Ashok) is extremely passionate about film direction since his childhood and settles as a light boy in Hyderabad. He narrates an excellent story to a producer, who largely agrees to do a film only if Mahesh improvises comeback the love track in the story. Mahesh who was never in love, thinks that he cannot do justice to the love track in the script unless he experiences that kind of relationship with a girl. The following day, at his native place, he bumps into a girl Namratha ( Eesha Rebba) in a train and slowly attracts her into love relation. He only focuses on how that girl responds to various situations and incorporates it into his script. Realizing his intentions Namratha starts hating him. Rest of the story revolves around how the love hate relationship comes to a closure.

Darshakudu is regular romantic entertainer. The majority of the audience will connect to the film. However, it might not attract the action movie lovers.This film fails even in that perspective. Overall, a pathetic effort by Sukumar Writings. This film needs conviction from its director and faith in his characters. A strong characterisation is crucial for this subject, which director of the film ‘Darshakudu ’ totally overlooked.

Ashok: He is okay with his acting.

Eesha Rebba: She fits the role very well. She had an ease in performing the roles of a lover and costumes designer. Her role demands some complexity.

Sai Karthik’s music in this film doesn’t have any noteworthy songs to memorize. Darshakudu theme music provides some consolation. Cinematographer Praveen Anumolu succeeded in giving class and mid-range budget look for this low budget film. Director Jakka Hari prasad has delivered a very bland movie. Neither the dialogues nor the screenplay are engaging. He depended on only one single point “a director who takes inspirations from his real-life incidents to incorporate them into his script”.